Sooraj Pancholi debuted in Bollywood with Nikkhil Advani's 'Hero' in 2015. Unfortunately, the film failed to make a mark at the box office. Four years later, the actor is now back with his second film, Irrfan Kamal's 'Satellite Shankar'.

The makers have now unveiled a new poster of the film along with a new release date. The film was earlier scheduled to release in July. Sooraj took to his Instagram page to share the new poster and wrote, "This soldiers incredible journey of India has been personally heart-warming for me! Cannot wait to take on the road with #SatelliteShankar. See you all in cinemas on November 15th!" (sic)

The poster features Sooraj in army print pants paired with a black t-shirt. He is seen standing against the backdrop which features an outline of India's map and a caption that reads, "Not all heroes go to the battlefield."

'Satellite Shankar' has the actor essaying the role of an army officer. Speaking about it, Sooraj earlier told a leading daily, "It puts a tremendous amount of pressure on me. Playing an Indian soldier on the silver screen is a big deal. Fortunately, I have the chance to interact with the soldiers and know about their experiences since they are a part of the cast."

The film marks the Bollywood debut of South actress Megha Akash, who is a quite a popular face in Tamil and Telugu cinema. Produced by Bhushan Kumar, Murad Khetani, Krishan Kumar and Ashwin Varde, 'Satellite Shankar' will be locking horns with Siddharth Malhotra-Tara Sutaria's 'Marjaavaan' on November 15, 2019. 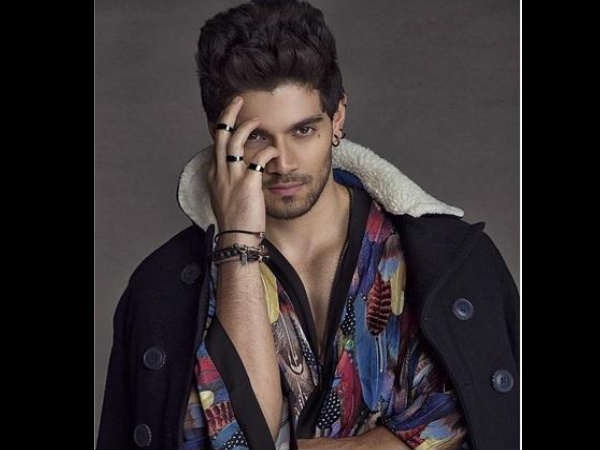 Sooraj Pancholi On Jiah Khan's Suicide: All That I Kept Thinking Was That I Lost Someone Who I Loved