Kajol was out and about in the city on Wednesday afternoon, and she was spotted by the paparazzi. Farhan Akhtar decided to indulge himself to a salon session on Wednesday and he was snapped by the paps post the session. Aditi Rao Hydari was out shopping in the afternoon when she got clicked by the paps. Kirti Kulhari sported a casual chic look to the airport. Check out these celebs' pictures!

Kajol Sports An All Black Outfit

Kajol was out and about in the city on Wednesday afternoon when she was spotted by the paps. She was wearing an all black outfit in a black sleeveless top teamed with black denims. She opted for a pair of nude sandals to go with her outfit, and accessorized with some snazzy sunglasses.

Farhan After A Salon Session

Farhan Akhtar decided to indulge himself to a salon session on Wednesday afternoon. Post the session, he was snapped by the paparazzi looking very handsome. Farhan was wearing a casual look in a black zip up hoodie, and brown cargo shorts. He wore a pair of brown shoes to go complete his look. On the work front, Farhan was last seen in the comedy drama movie, The Fakir Of Venice. He just wrapped the shoot for his next film, The Sky Is Pink, in which he will be starring alongside Priyanka Chopra and Zaira Wasim.

Aditi Rao Hydari was out shopping n Wednesday when she was spotted by the paparazzi. Aditi looked very pretty in a no make up look, wearing a cropped white sweater with a pair of high rise black sweatpants. She wore white sneakers and carried a black handbag. The actress was last seen in the blockbuster movie of Sanjay Leela Bhansali, Padmaavat.

Kriti Kulhari Snapped At The Airport

Kirti Kulhari was spotted at the airport on Wednesday afternoon. She looked cool in a casual avatar. Kirit was wearing a white t-shirt with black ripped jeans, and she gave the outfit a twist by sporting a black blazer with it. Kirti was last seen in Vicky Kaushal's movie, Uri: The Surgical Strike. 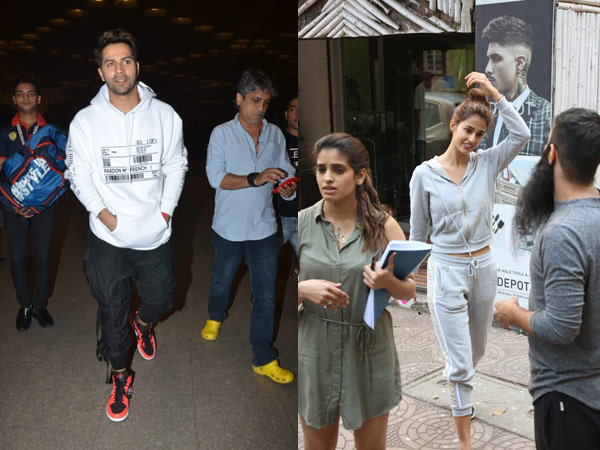