Akash Ambani got hitched to his fiance Shloka Mehta in a star-studded ceremony last night at Jio World Centre in Mumbai. The wedding celebrations continued today as well with the newly-weds hosting a wedding reception. As expected, it's a starry night with the who's who from the world of films, sports and business makng their presence felt.

We bring you some new pictures here which are a treat for your sore eyes!

The lovely couple posed with the shutterbugs and gave them plenty of 'picture-perfect' moments.

Big B and his daughter Shweta Bachchan Nanda are seen here striking a pose and it makes for such a lovely 'father-daughter' moment.

Here arrives Kiara Advani who too painted a pretty picture in a yellow traditional outfit.

Did you just notice the rise in the temperature? Diana Penty's 'black-beauty' avatar is to be blamed!

The gorgeous actress was all smiles for the paparazzi in a biege-colored sari. Uff, we just can't take our eyes off her.

The handsome lad turned up all suited for Akash Ambani-Shloka Mehta's reception and we are all hearts over him.

The Kapoor boy too turned up in a western attire and complemented it with a hat. 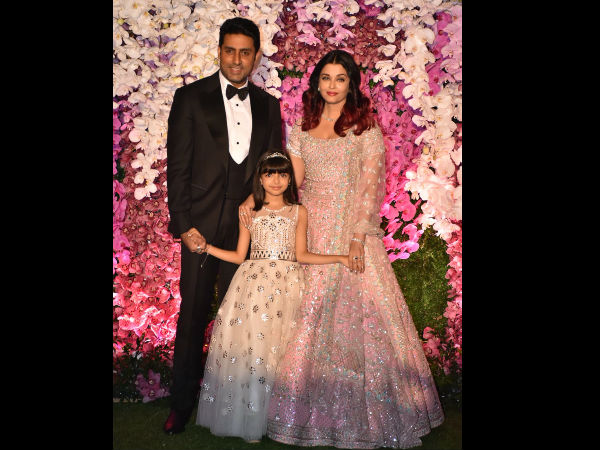