Shahid Kapoor made heads turn when he got married to Mira Rajput in 2015. Mira is from a non-filmy background and is 14 years younger to Shahid. However, over time, the two have become one of the most loved couples in Bollywood. A question that fans keep wondering is will Mira ever step into Bollywood? Mira is known for her style and grace, and has a huge fan following on social media, and otherwise. Shahid recently said that this is completely her decision.

Speaking to Hindustan Times, Shahid said that entering the movie business is completely Mira's choice, but it would be a difficult decision to make right now because she has completely dedicated herself to being a mother to two young children.

"Wherever, whatever, however - that's completely her decision. We got married and within first year, we had our first baby and then two years later, we had another one. So, right now, it's difficult for her to give her time completely to anything else rather to herself. I can see how dedicated she is as a mother, and she is completely consumed by that. But she is just 25," he said.

He feels she still has time to make that decision because she is so young. "In another year or so, she would have taken care of an extremely important, big part (giving all the attention to the babies). She has all her life to figure out so many things for herself. Then she can do what she wants to," he added.

On the work front, Shahid was last seen in Kabir Singh, a Hindi remake of the hit Telugu film, Arjun Reddy, directed by Sandeep Vanga Reddy. 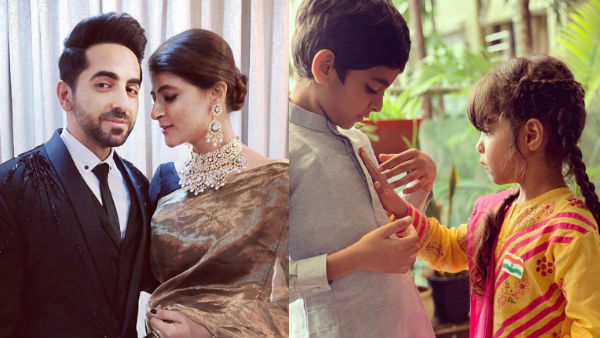 MOST READ: Ayushmann Khurrana Doesn't Want His Kids Thinking They Are Stars Already