Shahrukh Khan's daughter Suhana Khan is truly a diva! We often see her grabbing headlines for her pictures on social media. While everyone is eagerly waiting for her to follow her father's footsteps and enter Bollywood, the star kid has a surprise in store for us.

Suhana is all set to star in a short film directed by one of her classmates, Theodore Gimen. The first look posters are out. Have a look at it here.

In one of the water-colored posters, the star kid is seen smiling. Going by the looks of it, this one definitely catches the eye.

In yet another poster, Suhana and her co-star's name is written in bold yellow lettering.

When She Got Candid About Her Acting Aspirations

In an interview with Vogue magazine, Suhana said, "I don't think there was any one moment when I decided. Since I was young, I'd do all these accents and impressions. But my parents only realised I was serious about acting when they saw a performance of mine for the first time. I was playing Miranda in a school performance of The Tempest."

This Is What SRK Had Said About His Kids' Bollywood Dreams

"Aryan is studying to be a filmmaker and a writer, while Suhana wants to be an actor. But even if he wants to be a filmmaker, he needs to study for another five to six years and not just the literal form of studying, but probably be an assistant to Karan after he finishes his film-making course. Aisa nahi hai ki tumhara baap actor hai toh set pe aake assistant director ban jaao. Similarly, Suhana should learn acting for another three to four years if she wants to be an actor. I know many of my industry friends feel my kids should start acting [in films] tomorrow. But it's my belief that they shouldn't start acting [in movies] yet," the superstar was quoted as saying in an HT interview. 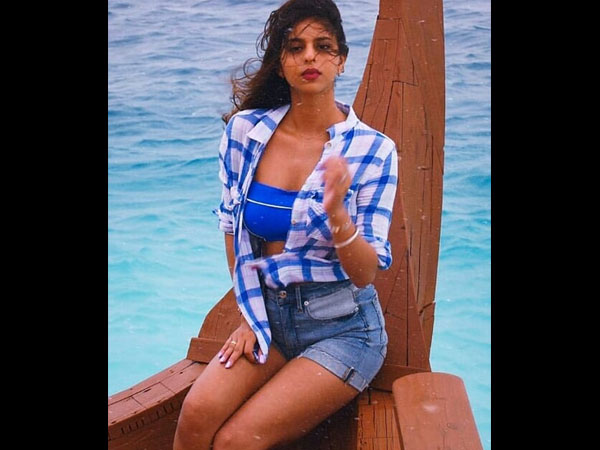 This Breezy Picture Of Suhana Khan Is Breaking The Internet For All The Right Reasons!