After the peppy 'Ek Chumma' song, the makers of 'Housefull 4' have released the second track titled 'Shaitan Ka Saala' from the movie. The much-awaited number features Akshay Kumar as prince Bala from the year 1419.

The superstar took to his Twitter page to release the song and wrote, "Finally, Bala ka intezaar hua khatam! #ShaitanKaSaala is out now. Have you checked the song yet? #Housefull4 (sic)."

With vocals by Vishal Dadlani and lyrics by Farhad Samji, 'Bala' features a bald Akshay Kumar pulling off some crazy dance moves choreographed by Ganesh Acharya.

Before the makers dropped the song, Ayushmann Khurrana who stars in 'Bala', a film which revolves around the concept of premature-balding took to his Instagram page to wish Akshay luck for the release of 'Housefull 4', in his own quirky style.

After playing a fictional king in Housefull 4, Akshay will also be seen as Prithviraj Chauhan in Yash Raj Films' next, Prithviraj. Speaking about it, the superstar earlier told Hindustan Times, "I don't think this film will have any impact on Prithviraj. Both films are very different from each other. Plus, between the release of these films, I will have another four releases." 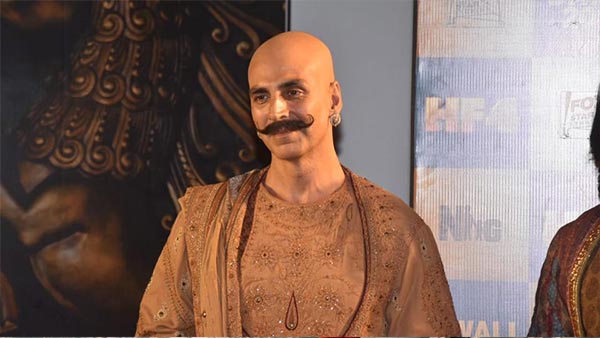 Want Housefull Franchise To Be Like 'Comedy Avengers': Akshay Kumar