Shekhar Kapur's debut film 'Masoom' is considered to be one of his best works and enjoys a cult following over the years. Apart from Naseeruddin Shah-Shabana Azmi-Supriya Pathak's sparkling act, and Jugal Hansraj and Urmila Matondkar warming the cockles of your heart with their innocent performance as kids, the film had some beautiful songs by Gulzar.

The film revolved around a family man whose life turns upside down when he discovers that he has an illegitimate kid from his past love affair.

Recently, when the filmmaker took to his Twitter page to share a trivia about this classic, little did he know that it would ignite a controversy on social media. Sharing a poster of the film, Shekhar tweeted, "So many people that 'knew' wanted me to change the script of 'Masoom'. People that were famous, experienced and 'knowledgeable' told me it had no drama, no villain. I was naive, unknown, unskilled and untrained. But rebellious. Thank God for that." (sic)

So many people that ‘Knew’ wanted me to change the script of this film. People that were famous, experienced and ‘knowledgeable’. Told me it had no drama, no villain. I was naive unknown unskilled untrained. But rebellious. Thank God for that ! pic.twitter.com/Gb6Co3eOo1

However, netizens quickly pointed out that the film wasn't an original script but took cue from Erich Segal's novel Man Woman Child, which was published a few months before Shekhar's directorial released in theatres. They slammed the director for not acknowledging the writer's work.

Check out some of the tweets here.

Man, Woman and Child is a 1983 American drama film directed by Dick Richards and written by Erich Segal and David Zelag Goodman.
It is based on Erich Segal's book of the same name.

Hope Shekhar is reminded of his source of rebellion pic.twitter.com/sgEtZLHjvD

Is it an official adaptation of 'Man, woman and child' or just another Bollywood copy without giving any credit to the original?

You should have at least acknowledged that you got "inspired" from another movie. How can you claim it original when it was just an adoptation? Anyways, the lyrics are immemorial and acting will be remembered forever.

they knew it wasn't your script but a rip-off of Erich Segal "Man Woman and child". and it was their way of telling to you stop stealing somebody else's work; it was against their integrity to give a free pass to someone who felt no shame in stealing somebodys work.

Was it a coincidence that there was an English movie "Man Woman and Child" that had an uncanny resemblance to your script? Since it was released few years before Masoom, I guess you had seen it and were "inspired" to write a "rebellious" storyline! 😁

'Masoom' was a scene by scene rip off of Erich Segal's 'Man, Woman & Child'. Not "adaptation", not "inspired", but a total copy. The stellar 'arty' cast (Shabana, Naseer, kids) and R D Burman's music elevated the film. And today you're bashing those "intellectuals". Shame on you!

Meanwhile, what do you folks think of this entire controversy? Do you feel the netizens are right in slamming the filmmaker? 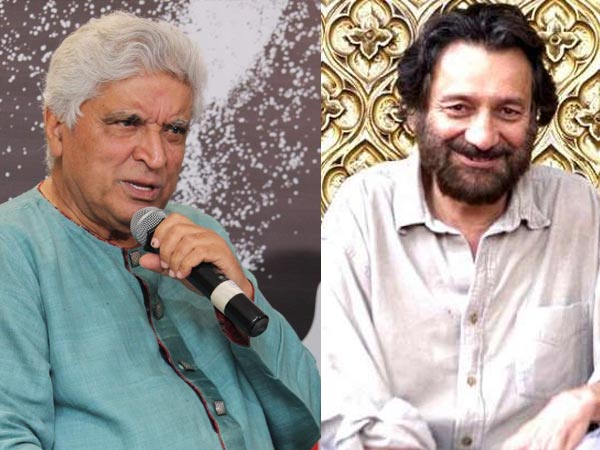 Javed Akhtar LASHES OUT At Shekhar Kapur For Saying He Is Afraid Of Intellectuals!