Shraddha Kapoor Snapped After Dinner With A Friend

Shraddha Kapoor had dinner with a friend on Wednesday evening and she was all glammed up for the night. She looked beautiful in a white floral maxi dress and a pair of white stilettos. Shraddha is filming for Remo D'Souza's next film, Street Dancer 3, in which she will star opposite Varun Dhawan.

Urmila Matondkar Spotted At The Airport

Urmila Matondkar recently announced that she will be contesting the2019 Lok Sabha elections from the Congress party. She was snapped at the airport in Mumbai on Wednesday night, and looked pretty in an off white salwar suit, accessorized with a pair of sunglasses.

Dia Mirza too was spotted at the airport on Wednesday night and she looked beautiful as ever. Dia was wearing a baby salwar suit with embroidery on it. Dia was last seen in the Sanjay Dutt biopic film, Sanju, starring opposite Ranbir Kapoor.

Malvika Raaj, the actress who played young poo in Kabhi Khushi Kabhi Gham was snapped in the city on Wednesday night in an all denim avatar. Malvika was donning a denim halter neck overalls with black sandals. 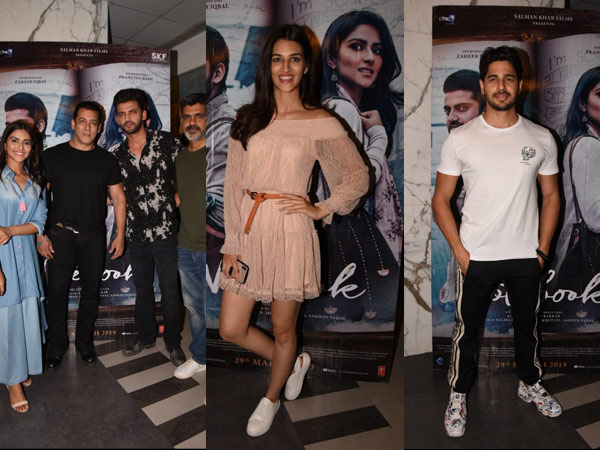