Shruti Haasan was reportedly in a steady relationship with Michael Corsale for over two years. Until reports surfaced earlier this year that the couple had parted ways. Recently on the talk show Feet Up With the Stars Telugu hosted by Lakshmi Manchu, the actress opened up about her ex-beau Michael and said she's on a lookout for 'that one great love'.

She told Lakshmi that she has been in 'only one' relationship all her life and that it was a 'very good experience for her.'

Shruti Revealed That She Has Had Only One Relationship

Talking about falling in love at the start of her career, the actress bared her heart saying, "I was the cool type. I was very innocent and everyone would boss around me. I am a very emotional person that's why they could take over. I would say, it was a very good experience for me." (sic)

She told Lakshmi, "Even now there is no formula. Good people are good at good times and the same people are bad at times. But I have no regrets."

The Actress Calls It A 'Learning Experience'

"It was overall a good experience for me. I have learnt a lot and it was a learning experience. But I always look for that one great love and I will be happy to announce that this is the one I have been waiting for," she further added.

A New Phase For Shruti

Earlier this year, Shruti hinted at their break-up by deleting photos with Michael and writing a post that read, "Begin again... a new phase, thankful and blessed, for all the love lessons and light. The brightest light shines deep inside the darkest of places. More music more movies and more me - can't wait. Being with myself has and always will be my greatest love story." (sic)

Sharing a goofy picture featuring both of them, he had posted, "Life has just kept us on opposite sides of the globe unfortunately and so we have to walk solo paths it seems. But this young lady will always be my best mate. So grateful to always have her as a friend. Luv ya gal." (sic) 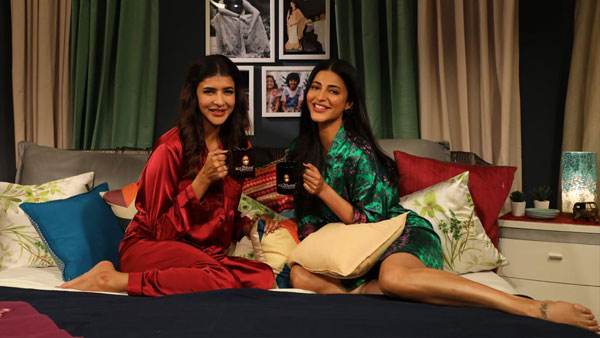 Did The 'Haasan Family' Card Not Work for Shruti Haasan in Hollywood?