Siddhant Chaturvedi turned into an overnight sensation with Ranveer Singh-Alia Bhatt's Gully Boy where his portrayal of rapper MC Sher was applauded by one and all. The actor's Instagram page is a proof to that the fact that he enjoys a huge female-fan following and the thirsty comments on his posts stand a testimony to that.

The young lad recently lent his voice to Chris Hemsworth's character in the Hindi version of the much awaited 'Men In Black: International'. And guess what, Siddhant even got a selfie moment with the handsome Hollywood star. Later, he shared his fan-moment on his Instagram page with a caption that read, "Am I worthy? #ChrisSaidYes."

One user commented, "THOR with MC Sher.....too much hotness in one frame." Another one wrote, "And the temperature goes uppp." One comment read, "I never knew I needed this picture this much until now." "Bhag bhag bhaag aaya Thor aya Thor."

Dubbing For Chris Hemsworth's Character Was Quite Overwhelming

"It was quite overwhelming to dub for Hemsworth's character. He has got a great voice and to make up for that was a tough challenge. But I have added an Indian touch to it for the Indian audience. It will be a fun film," Siddhant told IANS at a press event.

Siddhant Calls It One Of The Coolest Franchise

Speaking about the franchise, Siddhant added, "It is one of the coolest franchise. It has action and comedy it is one of my favourite franchises. And Hemsworth is in it... it has become more grand. Dubbing for it has been an amazing experience."

Men in Black: International introduces two new MIB members: Hemsworth as Agent H and Thompson as Agent M. The film will be releasing in India on June 14 in Hindi, English, Tamil and Telugu. 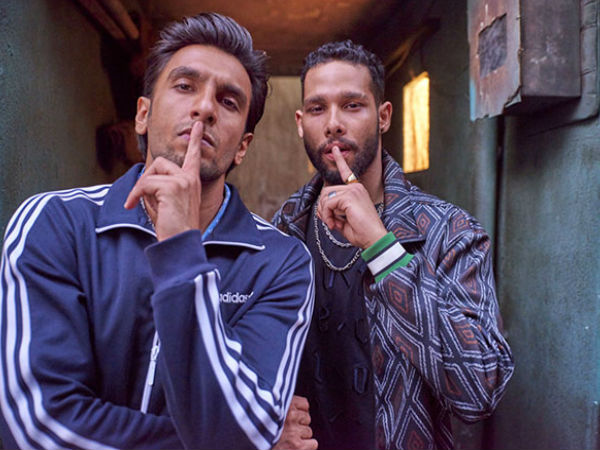