The movie's trailers have been very well received and now audiences cannot wait to catch it on the big screen. The film revolves around a girl (played by Sonam) who has to contend with her family's desire to get married, when in fact she is in love with another girl. Ek Ladki Ko Dekha Toh Aisa Laga stars Juhi Chawla, Anil Kapoor, and Rajkummar Rao apart from Sonam.

Sonam & Anand Pose For The Cameras

Sonam Kapoor looked very pretty as the screening of Ek Ladki Ko Dekha Toh Aisa Laga. She and her hubby Anand Ahuja posed for the cameras. Sonam was wearing a lovely blue ensemble whereas Anand sported a casual look in a white t-shirt, dark grey sweatpants, and a denim jacket.

Akshay Kumar Makes It To The Screening

Twinkle Khanna, who was snapped by the paps earlier in the day, was actually headed to the ELKDTAL screening. Twinkle looked like a boss lady in an ethnic printed top and brick orange pants.

Janhvi Kapoor, Sonam's cousin, also made it to the screening of ELKDTAL on Thursday night. She looked super pretty in a floral mini dress with a plunging neckline. Janhvi has been busy prepping for next movie which is a biopic on Indian Air Force's female combat pilot.

Juhi Chawla At The Screening

Juhi Chawla, who also stars in the movie, was present at the screening of ELKDTAL on Thursday night. She looked lovely in a golden and white gown with sheer detailing.

Producer Vidhu Vinod Chopra was all smiles at the screening of ELKDTAL on Thursday night. He wore a grey blazer with a black tee and denims. Talking about the film, he had recently said, "This film is beyond the topic of section 377. When you will watch the film you would feel that this film is about two people who love each other, the film is about the family and family values." He added, "In this film also we are trying to give out a big message of a lifetime that we have this life and we are not living the life to the fullest. This film will inspire people to live their life how they want to live." 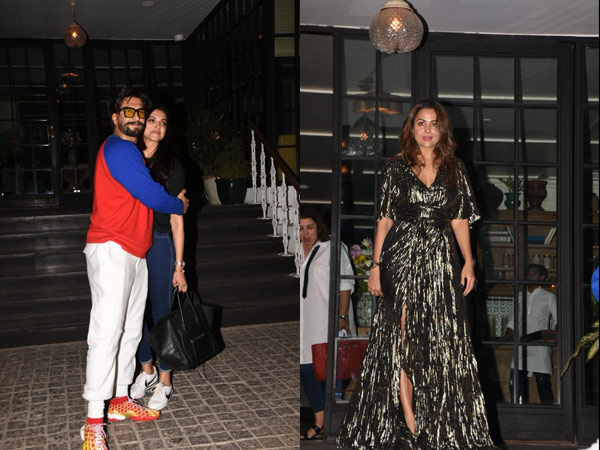 MOST READ: Deepika Padukone And Ranveer Singh Head Out In The City; B'Day Girl Amrita Arora Parties With Friend