After 'Ek Ladki Ko Dekha Aisa Laga', Sonam Kapoor will be next seen in the upcoming film, 'The Zoya Akhtar'. The film has her sharing screen space with Malayalam heartthrob Dulquer Salmaan for the first time.

Ever since the makers dropped the film's trailer, people just can't get enough of Sonam-Dulquer's endearing chemistry. Sonam who is currently busy with the promotions of the rom-com, recently opened up about her working experience with the south superstar.

Sonam, who plays the role of Zoya Solanki in the film, heaped praises on Dulquer and called him a 'thorough gentleman'.

The actress told Mid-day, "Dulquer is so good-looking and a thorough gentleman. Working with him was a delight, especially romancing him while shooting the track, Kaash.". She further added that although they have different vibes as individuals, they bonded well on the sets.

She was quoted as saying, "We had a great time on the set as many comedy of errors kept happening throughout the shoot."

Earlier while speaking with PTI, the actress said, "I think I do the best in comedy. A lot of the audience think I do better in films like Raanjhanaa, Neerja. I don't know what is my genre but I enjoy doing comedy a lot. I feel very comfortable and easy. I don't think there are many films that are being made these days, especially which are carefree and fun with content as the backdrop."

Dulquer-Sonam's 'The Zoya Factor' is based on Anuja Chauhan's novel by the same name. Talking about adapting a book into film, the actress said, "I feel sad that the younger generation of people does not read many books. We are trying to promote the fact that through books, we get amazing films. Film adaptation is an important market for the industry."

Helmed by Abhishek Sharma, 'The Zoya Factor' is slated to hit the theatrical screens on September 20, 2019. 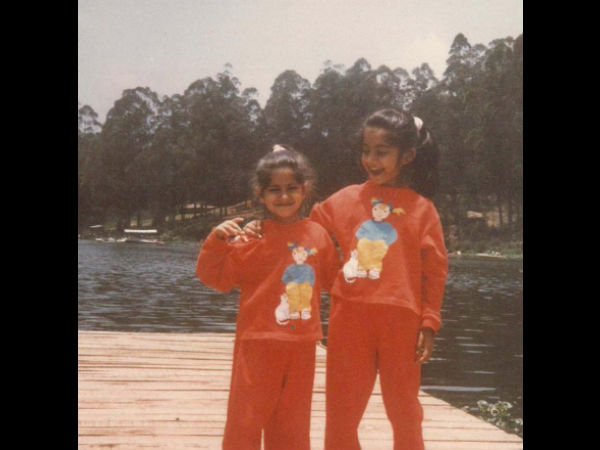 The Zoya Factor's Sonam Kapoor Was A Lucky Charm In Red Even As A Kid; Shares Cute Throwback Pic!