Bollywood's top fashion icon, Sonam Kapoor, was at the launch of a perfume by a luxury Swiss brand on Thursday afternoon. Ananya Pandey's cousin, Alanna Pandey too was at the event as Sonam Kapoor and looked stunning in an all white ensemble. Varun Dhawan was snapped with Arbaaz Khan when he was on the latter's chat show, Quick Heal Pinch. Veteran actress Dimple Kapadia was out and about in the city when was snapped by the paps. Check out these pics of the celebrities.

Sonam Kapoor Dons A Classic - Chic Look At An Event

Sonam Kapoor proves time and again why she is Bollywood's top fashion icon. On Thursday afternoon, Sonam attended an event for the launch of a perfume collection by the Swiss luxury brand, Chopard. As usual, Sonam was her classy self, dressed in a fabulous white off shoulder trench coat/gown, giving everyone fashion lessons. She accessorized with a pair of silver pumps and simple earrings.

Alanna Pandey Stuns In All White

Ananya Pandey's cousin, Alanna Pandey too was at the perfume collection launch by Chopard on Thursday afternoon. She looked stunning in an all white avatar. Alanna posed for cameras donning a white top with high rise white denims. She accessorized with a black sling bag and black pumps.

Varun Dhawan Shoots For An Episode Of Quick Heal Pinch

Varun Dhawan shot for an episode of Arbaaz Khan's chat show Quick Heal Pinch on Thursday and the two of them were snapped post that. Varun looked cool in a yellow sweatshirt teamed with ripped denims, and a pair of brown sneakers. Arbaaz was wearing a yellow t-shirt over which he wore a khaki green button down jacket and blue denims. Varun will soon be seen on the big screen in Karan Johar's multi starrer Kalank.

Dimple Kapadia Spotted In The City

Veteran actress Dimple Kapadia got papped when she was out and about in the city on Thursday afternoon. She looked classy as always, even in a casual avatar. She was wearing a black top with beige pants and a pair of flip flops. Dimple will next be seen in Ayan Mukerji's Brahmastra, starring Ranbir Kapoor, Alia Bhatt, Amitabh Bachchan and Mouni Roy. 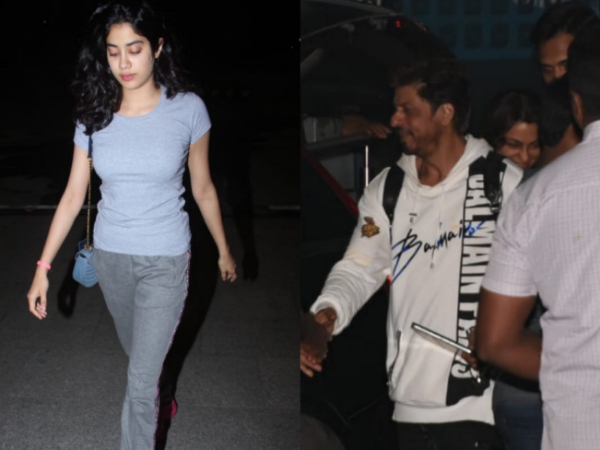