Sushmita Sen is an inspiration to many girls out there. Right from winning a beauty pageant to adopting two girls at a young age, the actress has always broken societal norms and set an example.

Recently in an interview with senior journalist Rajeev Masand, Sushmita opened up about how she fought a deadly ailment all by herself, amidst raising her daughters, in the year 2014 and we must say it's quite inspirational.

"I finished shooting for my Bengali film Nirbaak, and I fell violently sick. We could not figure out what had happened. Then, an array of tests happened and after fainting and being rushed to the hospital, we discovered that my adrenal glands had stopped making cortisol. I was lucky to come out of that fainting spell because I had gone into an adrenal crisis."

"The next thing, after that, would have been my organs packing up one by one. But for some reason, I came back from it and was declared steroid-dependent for life. Which means that I had to take a medicine called hydrocortisone, which is a steroid, every eight hours to stay alive because my body no longer made that."

The Next Two Years Were Traumatic For Sushmita

"Needless to say, started the next two years of so much of trauma, because I'm in the public eye. I am a former Miss Universe and supposed to be this very beautiful woman. I have hair that's falling and I'm looking at it every day. I have become moon-faced and I have steroid deposits.

You have to understand, this is not a steroid that you take while working out. This is completely different and makes you put on weight. You start to lose your bone density and have high blood pressure."

"I was very, very sick and I was still a single mother with two kids who needed me, in different ways, to be there. I just was really mad with everything going on around me.

Then I had a moment when I said, 'If you take my energy away from me, who am I?' Because that's who I recognise myself with. So now, if you go back in time between 2014 and 2016, you will see a very different Sushmita in all my public appearances, but it taught me a lot."

The Actress Went To London & Germany For Her Medical Treatment

"There is a test called the synacthen test, which they did, and both times, they declared me steroid-dependent for life. I was like, 'I won't be able to live with steroids in my body, because I can see the side effects of this taking place already.'

I couldn't open my eyes because they were swollen up. My eyesight was getting weaker. It was just because I was doing 60mg of steroids every day, which would go up to 100mg if I was doing a press conference or a show to accommodate energy."

"During this time, a thought crossed my mind. 'If this does kill me, people would never know who I was.' They would only have versions of this article, that story.

So one night, I just got on to Instagram and opened that page. The reason I don't follow anybody on it is because that's not what I got on to it for. I got on to it for telling you my life, with as much honesty as I have lived it, so that when you look back, you can say, 'That is the Sushmita I knew! Not these other versions of her!'"

She Refused To Live Like A Patient For Those Two Years

"During those two years, I made a promise to myself that I would go down fighting and not as a patient. I was told by all the doctors that I need to change my profession because the idea was that the stress management mechanism was no longer working in the body.

So if you're going to be an actor or in the public eye, it's going to bother you that you're losing your hair, face and skin. You're going to put on weight. I said, 'No, I won't give it up. I'm going to do it as much as I can and then be done when I'm done."

When Sushmita Had To Rushed To A Hospital In Abu Dhabi

"The doctors said not to do any anti-gravity because I had ACTH (adrenocorticotropic hormone) and cortisol, so no blood rush to the brain. When they all gave me bad news, the first thing I did is call up my teacher and said, 'We start gymnastic rings. We get on anti-gravity.' Because if they are telling me that this is the only thing that I am not to do, I'm going to do it because I don't like who I'm becoming in the attempt to survive. This is not the best advice for everyone suffering from different things, but it's what my body needed to do.

Sushmita "went through detoxing and everything possible medically", but got introduced to aerial silk, despite being advised against it by her doctors. "I went back to yoga. I started to discover everything in my body and listen to it. And in 2016-end, in October, I finally collapsed badly. When I collapsed, I was rushed to a hospital in Abu Dhabi and God bless a few people in my life who bent backwards to take care of me."

'I Waited For This Moment To Finally Hear These Words'

"I reached Abu Dhabi, they took me off steroids and hospitalised me. They did the synacthen test again and released me. I was on the way to Dubai and the doctor calls up and says, 'Sushmita, have you taken the pill already?' I said, no, I have to eat something and then I'll take it. He says, 'You need to stop right now!' I go like, 'Cold turkey on steroids? That's a bad idea, no? Why should I stop?' He says, 'Because your body is producing it.

In 35 years of my practice, somebody with an adrenal failure has never come back to producing cortisol again! I cannot believe it. I tested three times because I did not want to risk giving you this news without being sure. You need to go cold turkey. You're going to suffer withdrawals, obviously. But I would prefer you suffer the withdrawals than subject your body to anymore steroids."

"I was stumped. I waited for this moment to finally hear these words but when it finally happened, I didn't know how to react to it for a very long time. I stopped the steroids from that point and from October 2016 up until August 2018, I went through the worst withdrawal possible. Everything was affected deeply, so it was not good.

But throughout, I went back to training vigorously. I have been blessed to find doctors in India and abroad and there have been people who went out of their way to get me back on my feet." 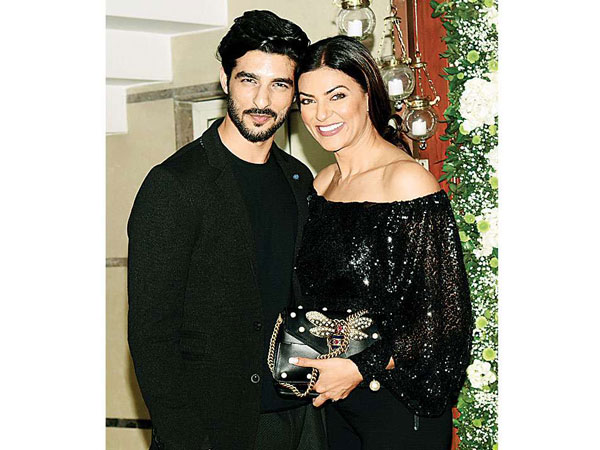