The recently released Mission Mangal has exceeded expectations and is on its way of becoming one of the biggest blockbusters of 2019. The film features a multi-star cast including Akshay Kumar, Taapsee Pannu, Sonakshi Sinha, Vidya Balan, Nithya Menen, Kirti Kulhari and Sharman Joshi. Many are hailing the film to be the 'biggest opener in Akshay's career', but Taapsee has a different take on it. She is proud of the fact that the collaboration of the female star cast gave Akshay his biggest opener.

In an interview with Pinkvilla, Taapsee was asked how she felt about Mission Mangal having opened so successfully, despite having a clash at the box office, with John Abraham's much anticipated film, Batla House. She was obviously super happy about it, and said, "It's a really good sign that people have been so receptive of a film that not only has big names attached to it but also has good content. We have always been seeing thunderous openings for movies that only had pure commercial masala elements but this is like a big step towards the direction where films that are heavy on content are also making a big opening."

She added, "Of course, it has to be with the right names attached to it. For me also, it's a huge opening. It's the biggest opening for all of us, be it Akshay sir, Vidya, me, Sonakshi, Nithya, Kirti or Sharman. That makes it special and we are very proud of it."

Many view the film as being mainly an 'Akshay Kumar film' with important female roles. Taapsee doesn't agree with this as she said, "People keep saying that does it take an Akshay Kumar to present a female driven film or a film where women have pivotal roles. We can also boast and say that we women together gave Akshay sir his biggest opener. We are a proud to be part of this film that's opened so huge."

Mission Mangal celebrates the scientists of the Indian Space Research Organization for their hard work, and efficiency in successfully launching India's mission to Mars. 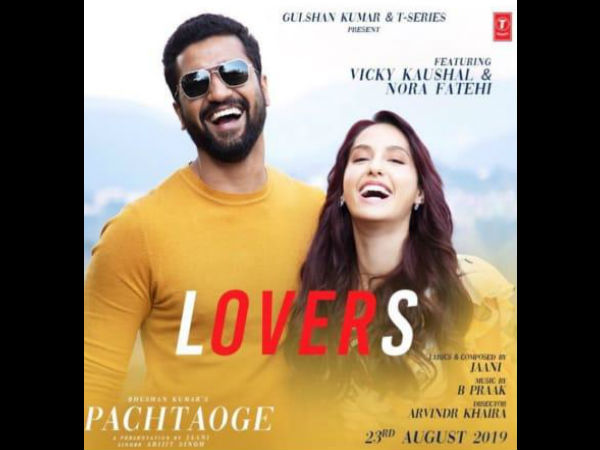