Actor Tanushree Dutta on Thursday lashed out on the 'corrupt' system after Mumbai Police informed a local court that it has no evidence to prosecute Nana Patekar in a molestation case lodged against him by her. The suburban Oshiwara police on Wednesday filed a 'B Summary' report before a metropolitan magistrate in Andheri, Deputy Commissioner of Police Paramjit Singh Dahiya told PTI.

A 'B Summary' report is filed when police do not find any evidence against the accused person to file a charge sheet and seek trial. Dutta's complaint against Patekar last year sparked a nationwide '#MeToo' movement on social media.

In a statement, the actor questioned the police's rush to file a 'B Summary' report but said she is 'neither shocked nor surprised' by it.

"Our witnesses have been silenced by intimidation and fake witnesses have been put forth to weaken the case. What was the rush to file a B summary report when all of my witnesses have not even recorded their statements yet?? I'm neither shocked nor surprised, being a woman in India this is something we all have got used to," Dutta said.

She claimed it must not have been difficult for Patekar to "buy himself" a clean chit when Alok Nath, who has been accused of rape by writer Vinta Nanda, is still acting in films.

"But the proof is often in the pudding and a gentle reminder to the Indian public to watch the video of my car being mercilessly attacked and broken while me and my family tried to escape from these monsters on 'Horn ok Pleasse' set 10 years ago. After this if you still decide to watch their movies and support then it's your bad karma," she added.

Dutta said she hopes that she never has to face such 'toxicity' again in life. "I'm tired of fighting alone against oppressors, bullies and a corrupt system. I have better things to do in life with my talent and skill set and I need to focus on those but please don't take this example to mean that you will not be heard when you speak up! 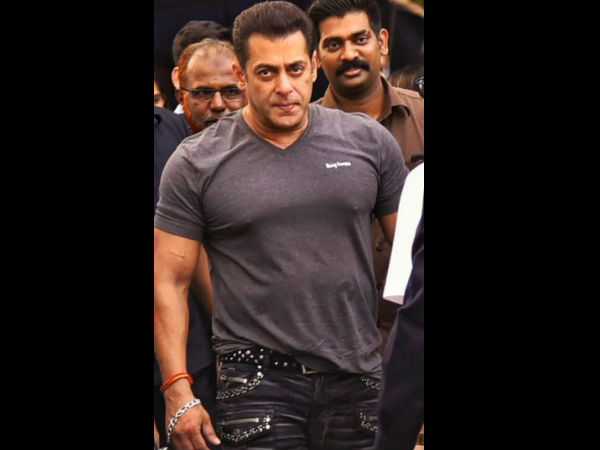 What Made Salman Khan BURST INTO TEARS In Front Of This Actress?

"Continue to expose these creeps through social media and other platforms so that in future people would think twice before troubling an innocent young girl. I still believe by the way that I will get justice and victory will be mine!! How..only time will tell," she concluded.

Dutta filed the complaint against Patekar in October 2018 in which she accused him of harassing and misbehaving with her while shooting a song on the sets of the film "Horn Ok Pleasss" in 2008.

She also alleged that during the shooting of the song sequence, Patekar inappropriately touched her even after she clearly mentioned that she would not perform lewd, vulgar or uncomfortable steps. Patekar has denied all the allegations.

Based on Dutta's complaint, a case was registered against Patekar and three others - choreographer Ganesh Acharya, the film's producer Samee Siddiqui and director Rakesh Sarang - for allegedly molesting Dutta on the sets of the movie.

The 'B Summary' report will absolve Acharya, Siddiqui and Sarang too of the charges. The accused were booked under IPC Sections 354 (assault or criminal force to woman with intent to outrage her modesty) and 509 (word, gesture or act intended to insult the modesty of a woman), but no arrest was made so far.