Tara Sutaria reacts on her linkup with Sidharth Malhotra | FilmiBeat

Tara Sutaria made a impressive debut with Tiger Shroff-Ananya Panday's Student Of The Year 2' this year and already has two big projects- Sidharth Malhotra's Marjaavan and Ahan Shetty's RDX 100 remake. However apart from her professional life, the actress was recently in news for her alleged 'link-up' with Sidharth Malhotra

Recently while speaking with a leading daily, Tara reacted to these reports and called her Marjaavan co-star a 'wonderful' and 'sweet' person.

The actress told Hindustan Times, "I guess it's a part-and-parcel of our line of work. In fact, we were warned and told beforehand that we should expect it."

This Is What Has To Say About Him

"As for Sid, he is wonderful and a sweet person. I am doing my second film [Marjaavan] with him. And that's it. I think people care too much about our personal lives. And I said he is a good boyfriend material since someone had asked me that question specifically. I had said that ‘I am single' and that I was sure he would make a lovely boyfriend."

Was Tara Insecure About Making Her Debut With Ananya Panday?

To this, she replied, "Not really, and I don't think it ever will. I have been born and brought up in a different and wonderful way. I don't look at females as competition. I think we should encourage and support one another. So, there has never been any kind of negative feeling towards anyone. We also share a great friendship off screen."

Tara Looks Up To These Two Actresses

"Honestly, I love Deepika Padukone and Priyanka Chopra. They are, in their own way, so different - be it as actresses or as human beings. Look at what Deepika has gone on to achieve since her debut. And Priyanka is so wonderfully recognised the world over. I love her even in Indian films. She is traditional yet so modern. There is so much to learn from both of them."

On Bagging Two Big Films Even Before Her Debut

"I do recognise the fact that it doesn't happen to a lot of people that even before your first movie is out, you are busy with two other films. That way, I feel very lucky. I am very excited and have just begun working on RX100 remake. You can say that I am very happy as well as busy (smiles)." 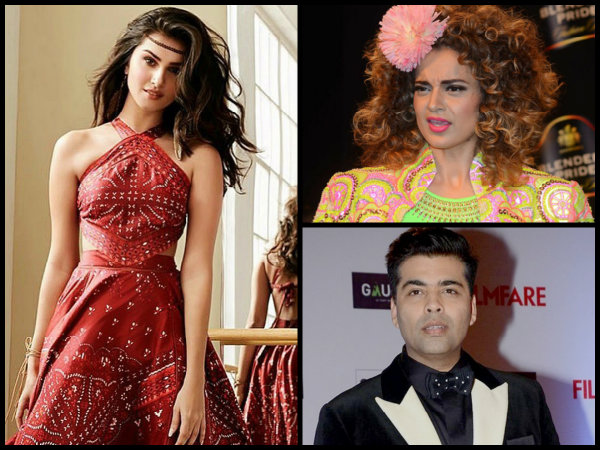