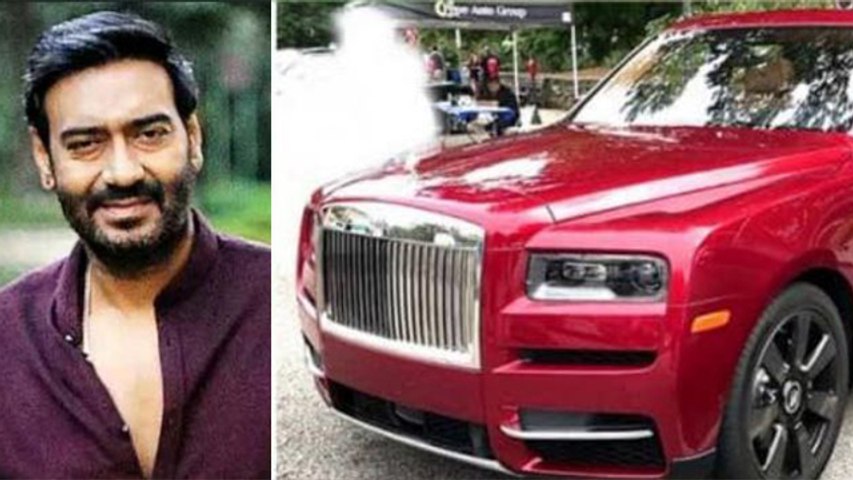 Ajay Devgn is known to be quite fond of cars. While the superstar is known for blowing them up on the big screen in his films, in real life, he has an interesting line-up of cars in his garage over the years. If the latest reports are to be believed, the 'De De Pyaar De' actor is now a proud owner of a brand new luxury SUV whose price tag will blow your mind.

Reportedly, the actor has joined an exclusive club of Indians who own the Rolls Royce Cullinan.

Ajay's Latest Addition To His Car Collection Costs A Bomb!

We hear that the actor's luxury SUV is blue in color and worth a whopping Rs. 6.95 crore (ex-showroom). With his latest purchase, Ajay is now the third Indian to have purchased this car after Mukesh Ambani and T-Series mogul, Bhushan Kumar.

The SUV Is Quite A Beast!

According to reports, the Rolls Royce Cullinan is powered with a 6.8-litre V12 petrol engine with a massive 560bhp power and 850Nm torque. It has an all-wheel steering system and can go from 0 to 100km/hr in seconds. Now, that's thrilling!

Ajay Is A Car Aficionado

On the work front, Ajay will be next seen in 'Tanaji: The Unsung Warrior', 'Bhuj: The Pride Of India' and 'Maidaan'.