Nick Jonas never fails to make his wife, actress Priyanka Chopra feel special! The 'Jealous' singer recently threw a lavish party for her at a high-end restaurant in Miami for her 37th birthday this year.

While the 'Quantico' actress left everyone spellbound with her dazzling 'birthday' look, the centre-piece of the party was the massive, five-tiered birthday cake, which netizens joked was as tall as her hubby. But do you folks know that the cost of the cake was worth a bomb?

Get Ready To Get Shocked

According to a report in Pinkvilla, the red-and-gold cake, which complemented Priyanka's outfit was worth a bomb and the price will leave your jaw dropped.

The report further stated the cake makers, Divine Delicacies Cakes, made the chocolate and vanilla concoction for about $5000 (Rs 3.45 lakh)

The celebrations continued for the desi girl as she was later seen chilling with Nick and her family members on a yacht. Priyanka even shared a series of pictures from her outing on social media, which went viral in no time.

The actress will be next seen in Shonali Bose's 'The Sky Is Pink' co-starring Farhan Akhtar and Zaira Wasim. Speaking about the film, she was quoted as saying by ANI, "The Sky Is Pink is a story that I connected with from the minute I heard it and in Shonali's hands, it's been crafted into a moving, beautiful film that will renew our faith in love and life."

She further added, "I am so proud of this film and am honoured that the film's world premiere will take place at the Gala Presentation at TIFF 2019. I'm looking forward to being back at TIFF once again to showcase our small package of love to the world." 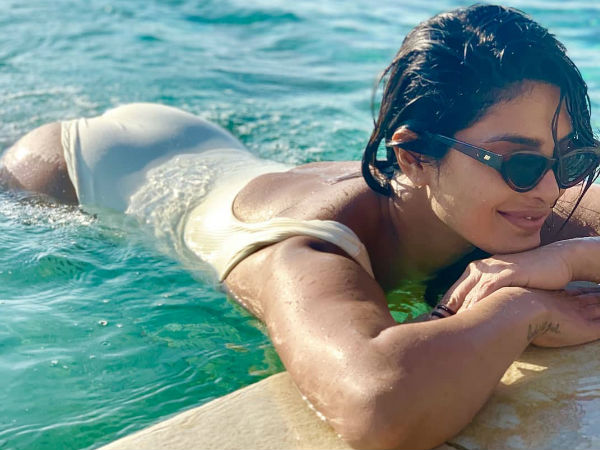