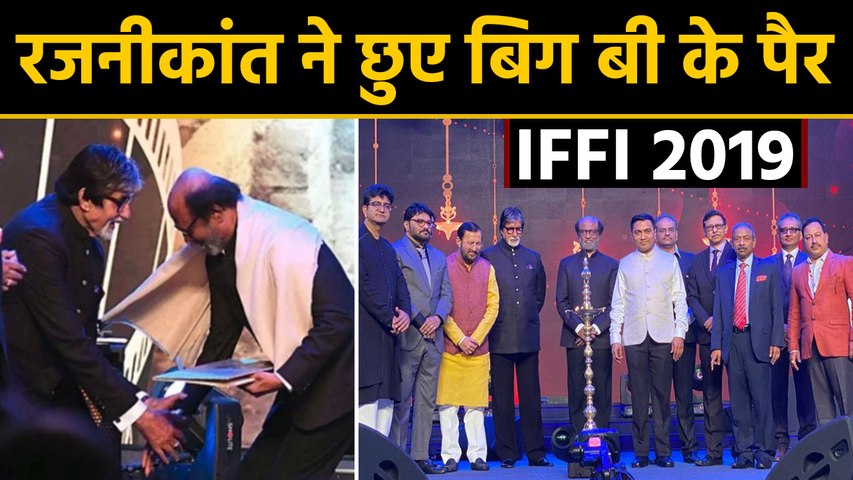 At a grand ceremony hosted by the master of entertainment Shri Karan Johar, the great doyen of Indian cinema Shri Amitabh Bachchan and the 'Thalaiva' of Indian film industry Shri Rajinikanth flagged off the extravaganza and announced the festival open, in the presence of Union Minister for Information & Broadcasting Shri Prakash Javadekar and other official dignitaries. Rajinikanth is being conferred with the 'Icon Of Golden Jubilee Award' for his outstanding contribution to Indian cinema.

Lights and luminaries of the film industry such as 'Bend It Like Beckham' star Jonathan Rhys Meyers; world known Cinematographer and Chairman of IFFI International Jury John Bailey; Indian filmmaker and Chairman of Indian jury Shri Priyadarshan and other jury members of Indian and International jury graced the opening ceremony. A host of celebrities sashayed the red carpet, adding to the pomp and gaiety of the function.

The opening ceremony is being held at the Shyama Prasad Mukherjee Indoor Stadium, Goa, and is being aired live on DD National, along with live streaming on the YouTube channel of PIB.

The 50th International Film Festival of India 2019 will witness more than 200 acclaimed films from 76 countries, with Russia as the country of focus. It also includes 26 feature films and 15 non-feature films in Indian panorama section. More than 10,000 people and film lovers are expected to participate in the golden jubilee edition. The festival ends on Thursday 28 November 2019, in Panaji, Goa. Around 7000 delegates are participating in the golden edition of IFFI.