Cinephiles have been eagerly waiting for Shonali Bose's directorial, The Sky Is Pink, to drop its first look. Well, it is finally here and man, it looks so beautiful! Check it out!

The Sky Is Pink's first look gives us an amazing visual feel of what we can expect from the movie. With the cast placed on the seaside, looking out at the gorgeous view of the sea, the movie looks like it will deliver on its promise of being a heart-touching film. Although the cast has their backs to the camera in the picture, we can clearly make out Farhan Akhtar and Priyanka Chopra on either side of the frame, whereas Zaira Wasim and Rohit Suresh Saraf stand in the middle.

The film is based on the real-life story of Aisha Chaudhary, a young girl who became a motivational speaker after being diagnosed with an immune deficiency disease at the age of 13. We will see Priyanka, Farhan, and Zaira in the leading roles. The Sky Is Pink is produced by Priyanka Chopra, Ronnie Screwvala and Siddharth Roy Kapur.

Dropping The Sky Is Pink's first look, the Toronto International Film Festival announced on its social media that the film will premiere at the Gala Presentation at TIFF 2019.

As reported by Pinkvilla, an excited Priyanka had this to say about the film premiering at TIFF 2019 - "'The Sky Is Pink' is a story that I connected with from the minute I heard it and in Shonali's hands, it's been crafted into a moving, beautiful film that will renew our faith in love and life. It's what led me to not only take on the challenging role of Aditi Chaudhary but also to co-produce it. I am so proud of this film and am honoured that the film's world premiere will take place at the Gala Presentation at TIFF 2019. I'm looking forward to being back at TIFF once again to showcase our a small package of love to the world." This will be Priyanka's second time at TIFF, as her production, Pahuna: The Little Visitors, was also screened at the festival two years ago.

Siddharth Roy Kapur, who is one of the producers of the film, said about the film premiering at TIFF, "I am thrilled that our first production at Roy Kapur Films has been selected to have its worldwide premiere at TIFF." 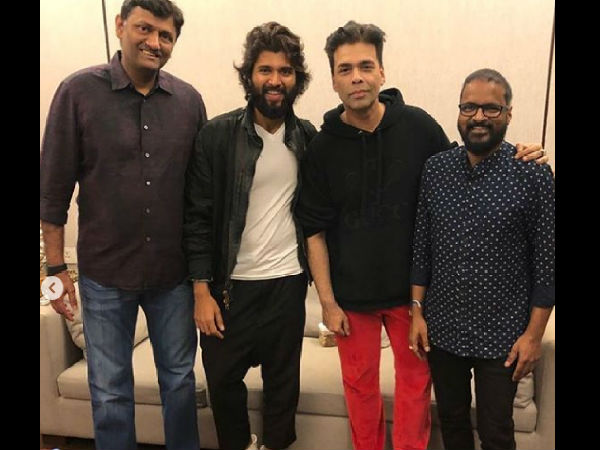 MOST READ: Dear Comrade To Be Remade In Hindi; Karan Johar Excitedly Makes Announcement To Produce The Film