Yesterday, the makers of 'The Zoya Factor' treated fans with the first motion picture from the film starring Sonam Kapoor and Dulquer Salmaan. Now, word on the street is that veteran actor Pankaj Dheer has been roped in for a special cameo in the film.

Pankaj Dheer is known for his exceptional work in the television industry as well as in Bollywood and is a highly respected actor. Even though there is a lack of details on what kind of role the actor is playing, we know that he will have a special cameo in the movie.

The motion poster of The Zoya Factor has received a tremendous response and the fans can't wait for the trailer of the Sonam Kapoor starrer.

Zoya Factor revolves around a Rajput girl named Zoya Singh Solanki (Sonam Kapoor) who meets the Indian Cricket Team through her job as an executive in an advertising agency and ends up becoming a lucky charm for the team in the 2010 Cricket World Cup. Eventually, Zoya falls for skipper Nikhil Khoda (Dulquer Salmaan) who doesn't believe in luck and superstitions.

Reportedly, Dulquer underwent rigorous cricket practice sessions to get into the skin of his character in the film.

Helmed by Abhishek Sharma and produced by Fox Star Hindi, the film is based on Anuja Chauhan's bestseller by the same name. 'The Zoya Factor' is slated to hit the big screens on September 20, 2019. 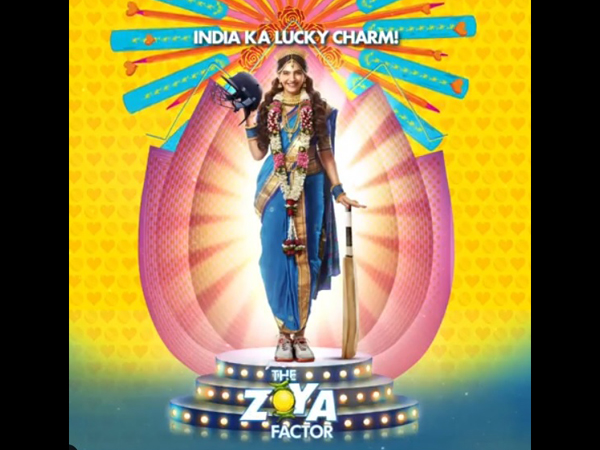