Emraan Hashmi and Rishi Kapoor are all set to share screen space for the first time in Malayalam filmmaker Jeethu Joseph's Bollywood's debut titled 'The Body'. Joseph is best known for helming Mohanlal's 'Drishyam' which was later remade in Hindi with Ajay Devgn.

Speaking about 'The Body', the makers unveiled the first sneak-peek of the film today. Emraan Hashmi took to his Twitter page to drop the first promo of the film and captioned it, "#TheBody is missing! Trailer Out http://bit.ly/TheBodyTrailer." (sic)

The trailer opens in a morgue room with one of the compartments open and seemingly empty. Soon, a text appears on the screen which states that a body is missing and so is the trailer. Well, we must say, this unique promo has made us even more curious for the film.

Touted to be a crime-thriller, 'The Body' is a remake of a 2012 Spanish film by the same name.

Speaking about the film, Emraan Hashmi had earlier shared, "I'm really excited about this one. The film will be a riveting, nail biting treat for fans of the genre and with Jeethu at the helm of things , I'm confident the film will be a game changer".

'The Body' also stars Sobhita Dhulipala and Rukshar Rehman, and marks the Bollywood debut of South actress Vedhika. The film is slated to hit the theatrical screens on December 13, 2019. 'The Body' will lock horns with Rani Mukerji's 'Mardaani 2' at the box office. 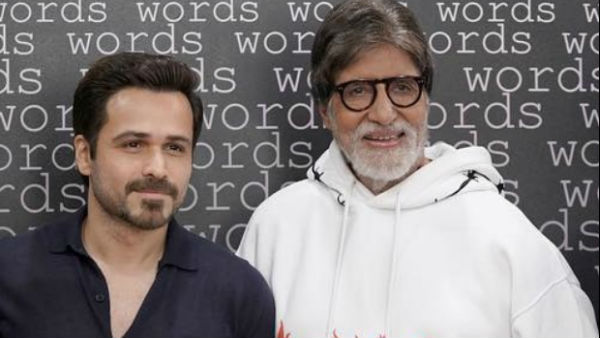 'Amitabh Bachchan Has A Profound Impact On Every Citizen': Emraan Hashmi On Working With Big B