Varun Dhawan is celebrating New Years while in Switzerland with girlfriend Natasha Dalal and is sharing snippets from the trip with fans on social media. The actor on Monday shared a special video on Instagram; he also warned his fans not to try the same at home.

In the video, Varun can be seen attempting to rap and ice skate but falls off. However, even after falling, he does manage to finish the rap. He went on to apologise to rapper Badshah for the attempt and in the caption, wrote, "RAP and ICESKATE ⛸ ☃️ #Sd3 Watch till the end so u know why you should never try this!! Sorry @badboyshah I tried"

RAP and ICESKATE ⛸ ☃️ #Sd3 Watch till the end so u know why you should never try this!! Sorry @badboyshah I tried

The rap Varun is singing is from his recently released song, Garmi with Nora Fatehi. The song went on to garner a lot of views as soon as it was released on Youtube. The song is from his upcoming release Street Dancer 3D, directed by Remo D'Souza the film also stars Shraddha Kapoor and Prabhu Deva in pivotal roles.

Varun also has one more upcoming release that fans are excited for, he has collaborated with Sara Ali Khan for the remake of Govinda starrer, Coolie No 1. After Judwaa this is Varun's second collaboration with father David Dhawan. 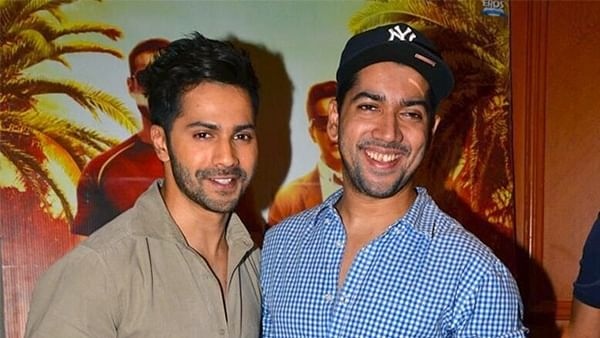