Vijay Deverakonda became the nation's heartthrob with the stupendous success of his Telugu film 'Arjun Reddy'. Since then, fans have been eagerly waiting for him to watch him in Hindi films as well. While rumours about his Bollywood debut keeps flying thick, the actor's recent revelation might break many hearts.

Recently, the actor flew down to Mumbai to meet Karan Johar who bought the Hindi remake rights of Vijay's 'Dear Comrade'. Later in an interview with Film Companion, the 'Arjun Reddy' star confirmed that he wouldn't be starring in the Hindi version.

Vijay Deverakonda Will Do A Hindi Film But Conditions Apply

Vijay said, "I can't see myself shifting here at an apartment as my friends are back home. I love the laid back, lazy lifestyle. I can't work like 5 guys every day photographing me. It serves the purpose but I don't think I would like it every day and I think Mumbai is too fast for me. I like to do things on my own terms."

He further added, "Now cinema has reached the space where you don't have to be in Bombay to make... it is beautiful that we are all aware of each other and connected...so respectful of each other's art. It has become a cool space."

This Is The Reason Why Vijay Deverakonda Turned Down Kabir Singh

When asked why he didn't star in the Hindi remake of 'Arjun Reddy', Vijay said, "Because I didn't want to become Hindi film hero, I wanted to become an actor, tell stories, and I feel no point in telling the same stories twice. I spend so much energy on a film I do it... I can't redo entire emotions...It's not exciting for me because I know the scenes. I wouldn't want to waste six months doing the same."

He Even Turned Down Karan Johar's Hindi Remake Of 'Dear Comrade'

Vijay Deverakonda revealed that he rejected Karan Johar's proposal to star in Dear Comrade Hindi remake, but also expressed to do films with him. He said, "I have other scripts to look at but not Dear Comrade." 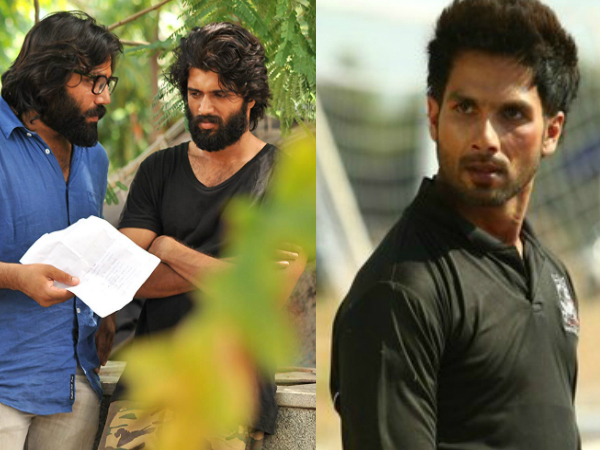