Aishwarya Rai Bachchan and Abhishek Bachchan's little munchkin Aaradhya never fails to impress us with her cute antics. Before leaving for the Cannes Festival with her mommy dearest, the star kid recently attended the Summer Funk 2019 which was held by Shiamak Davar's Institute For Performing Arts and her videos from the event are going viral on the internet.

One of them has the little girl grooving to Ranveer Singh's Mere Gully Mein song from Gully Boy and her adorable dancing moves are winning over everyone's hearts. Wearing a pink frock, Aaradhya is seen pulling off some cute dance moves, while her parents Aishwarya and Abhishek are seen cheering for her in the audience.

Have a look at the viral video here-

Fans have been showering praises on Aaradhya's dancing video and it has been shared by many paparazzi accounts. In fact, even singer Baadshah called her performance as 'awesome'. We wonder if Ranveer has seen this video and what would be his reaction like!

"He is the best and he is an angel and he has always been spreading joy. I met him 25 years ago and his love is as fresh to this very second and has carried on with Aaradhya." Aishwarya said about Shiamak at the event. "I have known Shiamak since I was three years old. Even when I was three we celebrated Shiamak's 25th birthday and even today we are celebrating his 25th birthday. Shiamak is timeless," added Abhishek.

Shiamak revealed his long association with the Bachchans and said, "I used to babysit Abhishek. Aishwarya was our student and now her daughter is our student."

Meanwhile, pictures of Aaradhya with her mommy Aishwarya from Cannes left everyone impressed. One of them even has the former beauty queen twirling her daughter. Later, when Aishwarya shared few pictures from Cannes on her Instagram page with a caption that read, "My LOVE MY ANGEL', Sonam Kapoor quickly dropped a comment under the photo, "She's so well-behaved and adorable." Well, we agree with that too! 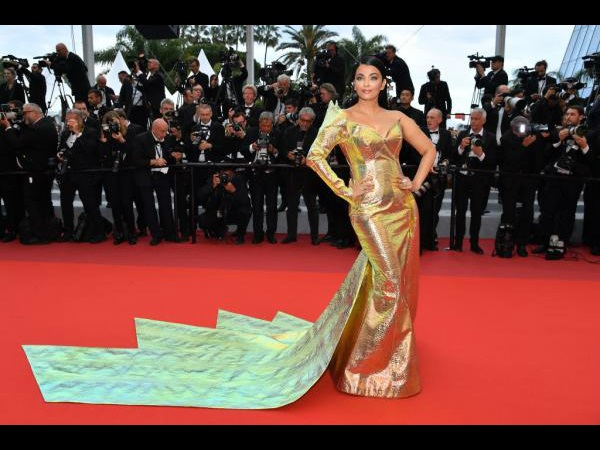