Though, Salman Khan never admitted that he has ever tried to jeopardize the career of Vivek Oberoi, the latter has gone on record multiple times that post his 'media conference' episode, many directors cut ties with him as they didn't want to be in the bad books of Salman Khan! Vivek, who's was doing extremely well, when he debuted in Bollywood, fell flat on the ground, post his open war with Salman Khan and then what happened is known to all!

Vivek, who is in the news for his upcoming film, PM Narendra Modi, in which he has stepped into the shoes of the Prime Minister Narendra Modi talks about being 'unbreakable' even though his career has been facing obstacles since 2004!

While speakingto TOI, Vivek said, "I'm the guy whose professional obituaries have been surfacing since 2004. Due or no due, the fact is that I am still here, unbreakable."

'I Don’t Miss A Chance To Feed My Bachchas'

He further added, "I have worked in six languages and won around 20 awards and I still get some great work to do. Instead of being in the rat-race, and running to the finishing line, I am spending time watching my kids grow.

Acting gives me joy, but so does playing football in the garden with my son and lighting up my daughter's doll-house with her. I am on crazy schedule even now, but I don't miss a chance to feed my bachchas and break bread with my wife and parents."

"I believe in maintaining work-life balance. Each day makes me feel like a winner and gives me a sense of fulfillment. I've often been asked about not getting my due in the industry.

On the contrary, I am blessed with so much that I don't see life in a unidimensional manner. I have a happy family and I choose the work I do."

Vivek On Being Pulled Down & Still Coming Out Stronger

"I am Destiny's child because there's nothing that hasn't happened to shut me down and I'm still going strong. This is my life and I have accepted it with a smile. What else can I do? Crying is not an option, woh sab screen pe theek hai," said Vivek Oberoi.

Vivek On If He's A Modi Bhakt

"I am not a bhakt for sure. For me, it was a question of whether Modiji's story inspires enough. It does. To me, even Dhirubhai Ambani's story is just as inspirational. I am excited about this film because it tells every chaiwala and chowkidar that you too can become the PM. " 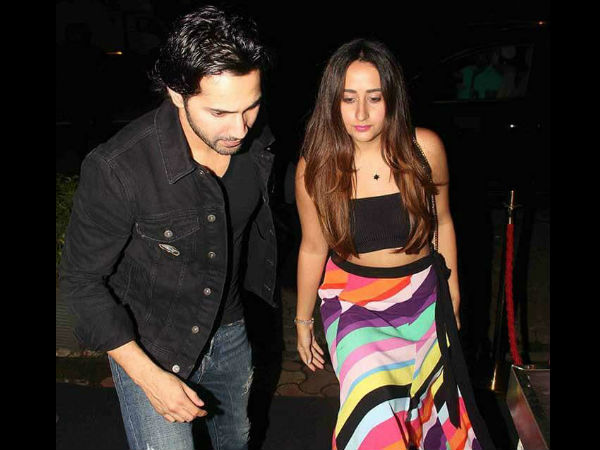 A HORRIFYING Threatening For Natasha Dalal Outside VD's Home