Legendary cricketer Kapil Dev suffered a massive heart attack on Friday (October 23, 2020). The former Indian skipper was immediately hospitalised at the Fortis Escort Hospital in Delhi, where he underwent angioplasty. As soon as the news of Kapil Dev's ill health broke, fans and celebrities took to social media to wish the cricket legend a speedy recovery.

Director Kabir Khan, whose upcoming film '83 is based on Kapil Dev's life and career, reacted to the news of the cricketer's hospitalisation. Besides him, actors Pankaj Tripathi and Jatin Sarna, who are also a part of '83, too spoke about Kapil Dev's health condition.

The filmmaker told Times of India, "Kapil Sir is the heart and soul of Indian cricket. This was just a minor hiccup. Knowing him he will tee off in a golf course very soon."

"I think he's a strong man like an iron and I just want to wish him a speedy recovery. We love him a lot and I know him personally because I met him during the practice session of ‘83 and shoot. He's very fun-loving, determined and strong. I know that he will overcome this. The nation loves him, we all love him and we are just waiting for him to get well soon and come back," actor Jatin Sarna who will be essaying the role of cricketer Yashpal Sharma told Times of India.

Meanwhile, Kapil Dev shared a heartfelt message for fans after undergoing angioplasty surgery. He took to his Instagram page and wrote, "Thank you everyone for all the love and concern. I am overwhelmed with the good wishes and well on the road to recovery."

Speaking about '83, the film has Ranveer Singh playing the role of cricket legend Kapil Dev. The film which will chronicle India's historic 1983 World Cup win, is slated for a Christmas 2020 release. 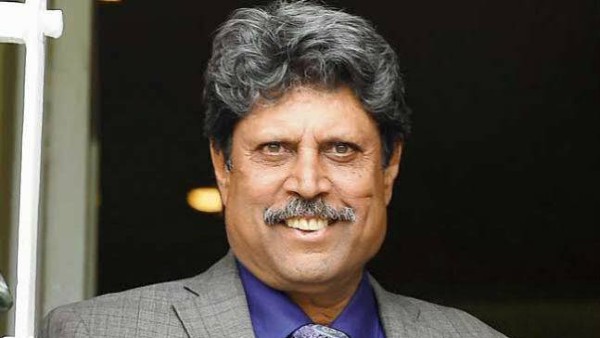 ALSO READ: Ranveer Singh And Other Celebs Wish Kapil Dev A Speedy Recovery After He Suffers A Heart Attack