Vidhu Vinod Chopra and AR Rahman unveiled the trailer of the upcoming film Shikara on January 7. The film tells the tale of a Kashmiri couple who among many other were exiled from their homes in Kashmir. Based on true events that took place in the 1990s when the entire community of Kashmiri Pandits were threatened out of their homes and over 30 years later still can't return.

Shikakra's story resonates with the hatred that is still part of the country and struggles minor communities are still facing in India. When asked about the same, music maestro, AR Rahman said, "We as humans are very selfish, we don't even think about our children. But it is important to heal now for our country, it cannot be about ego anymore, because everyone it hurt so we have to come together and help everyone heal. The thing is we have more pressing matters, important stuff that our children are going to have to deal with. Besides climate changes, fires, flood and droughts do we have to add these political and social issues as well for our children? "

He also expressed how the film, Shikara wishes to share the same idea, "When I heard the film's story I agreed to work on it because this is the perfect time for it to release, its time for our country to heal. People have moved on from the damage done by Hitler, by the bombing of Hiroshima and Nagasaki, the pain remains but we are looking to a better future. If India doesn't heal we are creating a hostile environment for our children. Shikara is about getting all the bad out and healing."

AR Rahman has collaborated with Vidhu Vinod Chopra for an original score in the film, he also played the instrumental version of the score at the event.

Director Vidhu Vinod Chopra also added and revealed an anecdote from the film, he said, the militants seen in the film are all shadows. "They do not have faces, they do not belong to any community, I wanted to show faceless violence. The idea of the film is not to break people but to bring them together."

Starring two debut actors, Aadil Khan and Sadia, Shikara is a homage to Vidhu Vinod Chopra's mother who also had to leave her house in Kashmir during the exile and settle in Mumbai. The film produced by Vidhu Vinod Chopra Films and Fox Star Studios is scheduled to release on February 7, 2020. 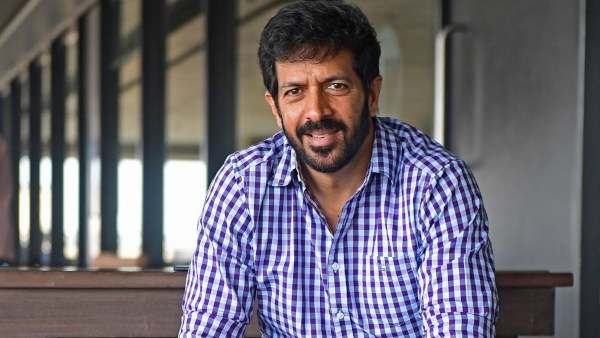 Kabir Khan: The Forgotten Army Was My First Film Script, But Was Too Big Of A Project Until Now