Recently, in an interview with Bollywood Hungama, Aamir Khan's younger brother Faisal Khan opened up about his legal battle with his family in 2007-2008. For the unversed, Faisal Khan went missing for two days in 2007, and was reported to be under psychiatric treatment for paranoid schizophrenia.

Aamir and his father were in a custody battle over Faisal that garnered a lot of press coverage. Faisal's custody was eventually granted to his father, Tahir. In his new interview, Faisal claimed that his family kept him under house arrest, and forcefully gave him medication as they thought he was unwell.

The Mela actor told Bollywood Hungama, "When the family felt that I was depressed and had paranoid schizophrenia, they kept me under house arrest for one year and gave me forceful medication. It is illegal but I was taking all this quietly because I thought that the family will realise at some point, that if I am mad, I will show it in some way. I thought I should be patient till they come to their senses that they are troubling me for no reason."

Faisal Khan Reveals Why He Left His House

Faisal said that when his family asked him to give up his signatory rights, he decided to ‘safeguard' himself and left the house. Talking about his legal battle with his family, he said that the Bandra metropolitan magistrate's court ruled that he need not be in anyone's custody and can live anywhere he wants to.

Further, in his interview, Faisal revealed that he underwent a mental evaluation at JJ Hospital for 20 days, after which he was declared of sound mind and mentally healthy. He was quoted as saying "I was given wrong medication for one year, which was very unfair on the family's part."

Earlier, in an interview with Hindustan Times in 2008, after the court's verdict, Faisal had claimed that his family had spread rumours about his mental illness.

Faisal Khan On His Relationship With Aamir Khan

While speaking with Bollywood Hungama, Faisal said that that it has been six years that he left Aamir Khan Productions, and right now, he is not associated with his brother. Faisal is is all set to make his directorial debut with his upcoming action-thriller film titled Faactory. Talking about it, he said that Aamir did not help him financially or creatively in the film. 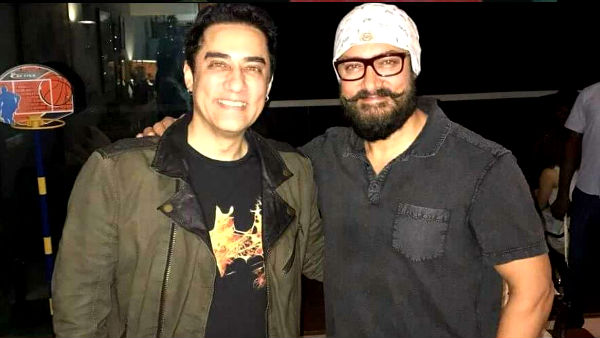