Anu Aggarwal made her acting debut with Mahesh Bhatt's musical blockbuster Aashiqui in 1990, and went on to become an overnight sensation. Unfortunately, in the year 1999, the actress met with a life-threatening accident, which left her comatose for almost a month.

Recently, in an interview with Pinkvilla, the actress opened up about that horrific accident and revealed that the doctors had given up on her, but it was yoga which helped her to recover.

The online entertainment portal quoted the Aashiqui girl as saying, "The accident happened in 1999 and with that, doctors said, ‘She won't live. She will survive for hardly 3 years.' But I was certain I could heal. Then everything I had learned, I applied on myself and healed myself. Then, I started yoga therapy for slum kids, and then I was later recognised by other organisations where I gave talks."

The Actress Has No Memories Of Her Accident

Earlier, while speaking with Hindustan Times, Anu had opened up about her car-crash and revealed she has no memories of her car crash. The actress had said that when she regained consciousness, she was half-paralysed. The leading daily had quoted her as saying, "I didn't know the meaning of words and languages when I woke up... I didn't know English; though it came to me faster than Hindi did. I had lost everything. It was like landing up on another planet altogether. I had no knowledge of history, geography or culture. I remembered nothing; there was complete loss of memory."

Meanwhile, Anu Revealed That She Was Made To Feel Like An Outsider In Her Recent Interview

Speaking about her initial days in Bollywood, the actress told Pinkvilla, "The thing is I don't know what to say. The aftermath of success is something that I had to deal with. Logon ki jealousy, woh ill treat karna shuru kar dete hai. I was stuck with the aftermath of that. I could hardly ever become arrogant, I was wondering how do I handle people."

Anu Aggarwal Opens Up About An Incident Which Left Her Heartbroken

"I did a film called Khalnaikaa. It came in the third year after my debut film Aashiqui. It was so well received that the likes of Amitabh Bachchan walked up to me at a party and said, 'Wow, how did you manage? Within 3 years, Aashiqui to Khalnaikaa, how is it possible?' I heard him and I was like 'Oh, yes, even I never thought of it so much. Kaise ho gaya yeh?' People really liked the movie a lot."

The Actress Recalls Being Snubbed At An Award Function

Anu revealed that she was moved from the lead category to the supporting category, and it made her very sad. I got nominated as well. Later, someone told me that at one award show, the jury saw my name and asked 'Yeh kaun hai, iske maa baap kaun hai, pata nahi kahan ki ladki hai' and they removed my name from the lead actor category and put me in supporting actor category. I was not a supporting actress in it. I just went home and cried at night. I did not tell anyone. I wondered where am I? Koi value nahi karta. What is the reason behind it? Is it jealousy?"

Anu Aggarwal's last release was Return of Jewel Thief in 1996. Post that, she quit the world of films. 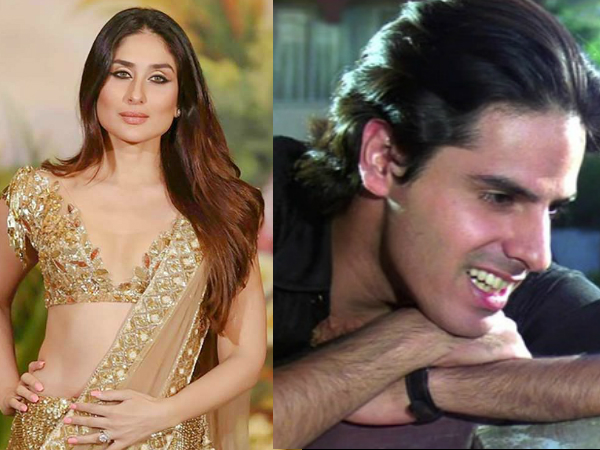