Abhishek Bachchan, who recently tested positive for COVID-19 and recovered from it, says that he is feeling much better and is ready to get back to work. In a recent interview with Hindustan Times, Abhishek opened up about the emergence of OTT platforms as an alternative to theatres during the pandemic.

Abhishek expressed gratitude for all the love and support he received during his illness. "The love, affection, concern and prayers of our family, friends and well wishers (helped). (I) listened to what the doctors and medical staff instructed me to do and be a good patient," he said.

He, along with his father Amitabh Bachchan, wife Aishwarya Rai and daughter Aaradhya Bachchan tested positive for COVID-19 in July. Abhishek and Amitabh spent nearly a month in an isolation ward at the Nanavati hospital.

About the growth of digital platforms, Abhishek said that the measure of box office success will be eliminated while still requiring good performances on part of actors. "Well, one possible change, and dare I say a good one, could possibly be that it would lay more importance on whether the actor is able to essay the role or not? Are they suited for the role and not just their box-office standing or pulling power? Having said that, there are many films that we make that require a 'Star' to be in them, the format and requirement of the film is such. It is a completely different school of acting. And I believe, a lot more demanding and difficult," he said.

Abhishek's next film The Big Bull is all set to release on Disney+ Hotstar. The film will also star Ileana D'Cruz, and Nikita Dutta. 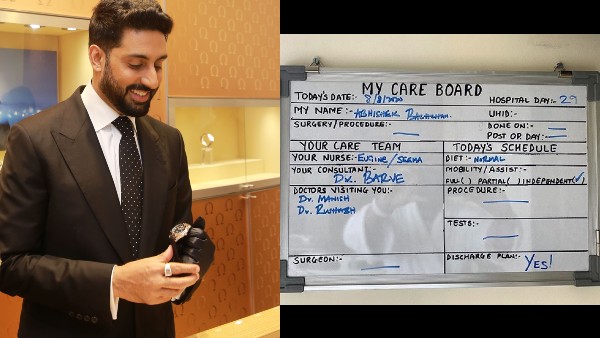