It's Abhishek Bachchan's 44th birthday today (February 5, 2020) and the actor rang in his special day with his family. He began his birthday celebrations by cutting a cake with his family including parents Amitabh and Jaya Bachchan, wife Aishwarya Rai Bachchan and daughter Aaradhya.

Aishwarya later took to her Instagram page to share glimpses from Abhishek's birthday celebrations with her fans.

In the picture, the family is seen in casual outfits, posing with Abhishek's customised birthday cake which had a football, a phone with his birthday and age on it, and the logo of his kabaddi team Jaipur Pink Panthers on it. The former beauty queen captioned the picture as, "✨🥰Always 💝✨." The birthday boy couldn't resist from dropping hearts on the picture.

Aishwarya shared one more picture where she is seen squeezing into a frame with Abhishek and Aaradhya and her caption read, 'HappyBirthday Babyyyy-Papaaaa🤗😘💝Love LOVE LOVE ALWAYS 💕❤️✨."

Abhishek Bachchan's sister Shweta Nanda shared a childhood picture of the two of them and wrote, "Forever and a day with you, on a bicycle built for two," followed by a heart and a cake emojis.

The megastar took to his blog to share a heartfelt note for his son and wrote, "It has dawned towards the 5th .. the birth of Abhishek , later at night .. the Breach Candy Hospital and the entire day has gone by in anxious anticipation for his arrival .. finally it happens and there is joy and celebration."

"No matter how the years pass the child remains a child ever .. 44 years be his age today, but the little two finger sucking on his face ridden with childlike innocence never ever leaves you .. and may it never," he further added.

The choreographer-director shared a blast from the past to wish her friend and wrote, "Looking after u since 2004😂 happiest birthday @bachchan I will always b fussing about u, cutting ur food into bite sizes , straightening ur shirts n smoothening ur hair.. deal with it pls😜."

Speaking about work, Abhishek will be next seen in Anurag Basu's Ludo and Shah Rukh Khan's production, Bob Biswas. He is also set to make his debut on OTT platform with Breathe 2. 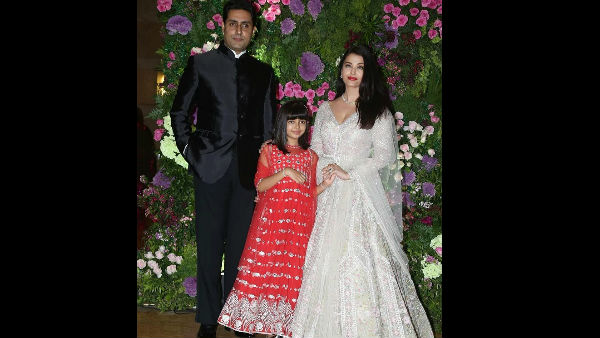 'Why Does Aishwarya Rai Bachchan Wear Same Kind Of Dress At Every Wedding?' Ask Unhappy Netizens! 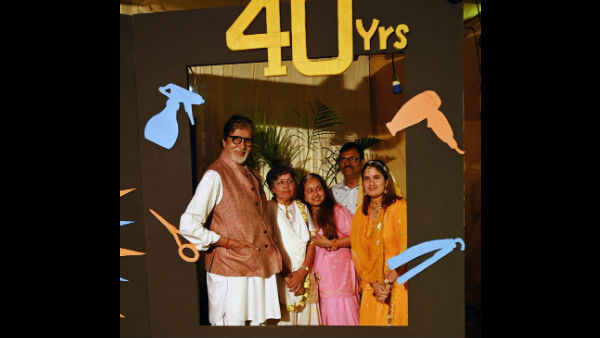 Amitabh Bachchan Pays Tribute To His Make-up Man, Says He Never Missed A Day In 47 Years