Every celebrity, in their own way is utilising the 'me time' while observing the lockdown. While some are working on their culinary skills, others are busy spending quality time with their kids and families. It seems, unlike others, actor Abhishek Bachchan has been working on his Instagram game. A few days ago, he shared a picture from the sets of Guru and told his fans an interesting story about his friend, who ended up shooting for Guru. This time, Abhishek has shared a picture of his first stage performance with his dad, Amitabh Bachchan.

Abhishek captioned the picture saying, "My 1st ever stage performance after becoming an actor. Got to share it with a pretty cool dude! This was for the "Help" telethon which was done to raise money to help all the victims of the devastating tsunami which occurred on December 26th 2004. This huge enterprise of getting the entire Hindi film industry together ( a Herculean task) was spearheaded by @duttsanjay."

Abhishek also revealed that initially, he was supposed to make his début stage performance for IIFA awards in Amsterdam but he couldn't say no to the cause and Sanjay Dutt.

He further wrote, "Both dad and I performed to a mix/ medley of his song रंग बरसे and "one love" a track I had done as a cameo in my dear friend @suniel.shetty film Rakth. The show took place in early February 2005. Both dad and I were shooting for "Kajra re" with Aishwarya for Bunty aur Babli. I would shoot the song all day from 9am to 10pm and then drive to the concert venue and rehearse all night. I even spent my birthday shooting Kajra re ( but that is a different story, reserved for another Friday)." 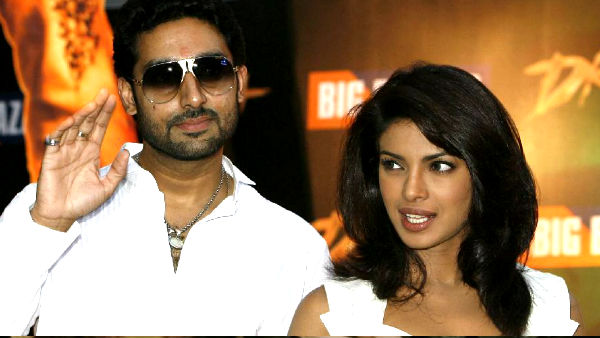 Abhishek also narrated an interesting incident that took place at the venue, where he was rehearsing for his performance. He wrote, "At night, after the shoot I remember when I reached the venue for my rehearsal all the lights were off!!! Thinking that I had made a mistake and showed up to rehearse when there wasn't any.... Suddenly all the stage lights came on and all the dancers, Ganesh Hegde the choreographer, stage hands and technical staff surprised me! Then Sanju sir and @walia_bunty ( he was one of the organisers) rolled out a huge cake and a birthday present for me. They all sang and managed to embarrass me to bits! What fun. Good times!"

We totally love the throwback posts of Abhishek Bachchan!