Bollywood actor Sushant Singh Rajput's demise has triggered a debate on nepotism, favouritism and camp-ism in Bollywood. In the last few days, many celebrities have shared their stories of their struggle as an outsider. However, Shekhar Suman's actor-son Adhyayan Suman has a different perspective to offer on these burning topics of discussion. 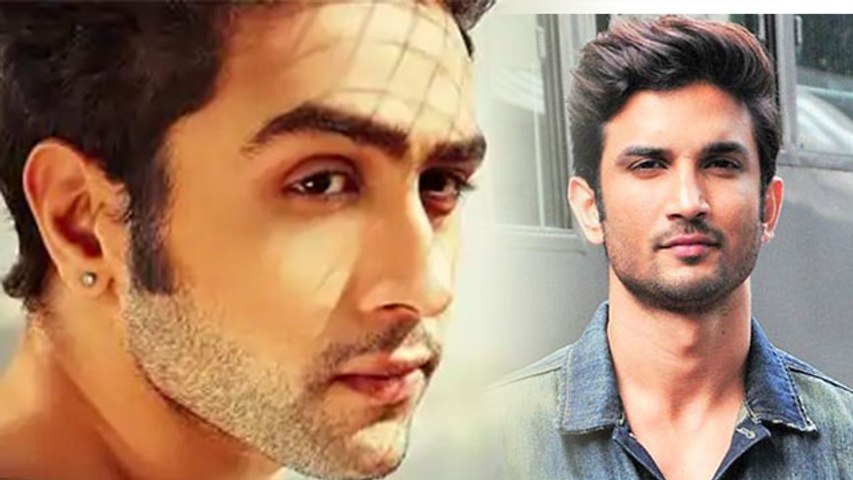 Recently, in an interview with Times Of India, Adhyayan opened up about his struggle in the film despite being a star kid, the existence of movie mafia in Bollywood and his battle with depression.

The actor told the tabloid, "Unfortunately we have a very herd mentality in our country. Everyone follows the same thing without understanding the real or actual reason. Nepotism exists everywhere; I don't understand why the Indian film industry is being penalized for it. What we are discussing about and the issue is about people being mafia, creating groups and camps where we are not allowed to enter. It is not just outsiders but even star kids."

'I Am The Biggest Example Of Nepotism Who Hasn't Made It Big Yet, Says Adhyayan

"I am the brightest example of nepotism who as of yet, has not made it big. I don't understand why people ask me that it would have been easy for me because I was a star kid. How can it be easy? I have been struggling since the past nine years. I don't see how it is going to be easy. I am blessed that I don't have to pay for my rent, fuel, even though I do. To make a career is a lot more struggle than just pay your house rent, even though I do understand that for an outsider that is extremely difficult and tough. They don't get work easily and don't know how they will pay the rent next month. And a lot of their parents are also not up for the kids to join the industry because they know how difficult it is to make it here. Parents know how tough and ruthless the industry is, especially because it is related to glamour and all," the Raaz: The Mystery Continues actor told the leading daily.

Adhyayan Suman Slams The Movie Mafia In The Film Industry

He said, "Somewhere down the line even the audience is to be blamed because an actor or star is nobody without an audience. The fact that the audience has given a huge acceptance to these people, that's the reason they have become big and become mafias. I have been a part of this, I don't want to name the person but even after meeting me and giving me his personal number, he never answered my phone. So it is not that just because you are an outsider your calls are not answered. My father has achieved so much in life but my calls have not been answered since 9 years."

Adhyayan Suman Says There Is Pressure On Star Kids

He was quoted as saying, "To say that an outsider is not given his due is very wrong. Sushant was an outsider and he was a huge star. He did some very big films. Rajkummar Rao, Kriti Sanon have done big films. Shah Rukh Khan is a huge star, all on his own. Outsiders don't have the pressure, star kids have the pressure. There is nepotism but you can't take away Ranbir Kapoor's talent. Ayushmann also struggled, but he has given nine hits with new directors - this proves that outsiders are getting opportunities."

"I have been invited to this mafia circle a couple of times and I have seen the drugs, the madness and decided to stay away. After my second film didn't do well, no one called me. That's my story altogether. The industry will be your family till the time you do well, the day you become flop, they will alienate you, because it is all about money and greed. After my first film I was called ‘beta' all the time and after two films flopped, no one answered my calls. I was still the same guy," Adhyayan told Times of India.

Adhyayan Suman Opens Up About His Battle With Borderline Depression

The actor said, "My father has seen me depressed, from 2011 to 2015 when I didn't have work. I had suicidal thoughts and would speak to my father. It wasn't this serious but I was borderline depressed. It is very important to have family around you. I have been in the company of my wonderful parents, they never forced me to do anything. I have seen my set of failures and survived because I understood them. People need to know that the films had failed and as an artist I had not."

"I don't know what the reason was, but if it was suicide, I feel it was a very wrong thing to do, a wrong example to set. It is a very tough industry out there, it is cut-throat and it has been going on since years. Since we have lost a star, people are bringing out this debate. It is very easy for people to say, I am here, please talk to me. It is all rubbish. Somebody has to support somebody, you can't just say that life moves on," the actor told the tabloid.

'I Was Forced To Change The Release Date Of Heartless Because Of Movie Mafia,' Says The Actor

Adhyayan revealed, "14 of my films shut down, they were very big ones, but am I going to cry now because this debate has started? No one is going to believe me right now, they will say he has become flop, bakwaas kar raha hai. My father spent a lot of money of his own money to make Heartless. But because of the movie mafia Heartless did not get a release, we had spent Rs 15 crores on it. We were not given screen space and that's why the film did not reach the audience. Why the exhibitors and distributors decide? Today they are only crying, asking filmmakers not to release on OTT. When we needed help, no one came. It all happened because there was a bigger film releasing, I was forced to shift my release date because of the mafia, I knew we were not going to get the required screen space. There is no fair system, because they are stars."

He further added, "Today, big star films are also failing because content has become the king. It is as simple as that. I have a feeling that things will change now. Either you leave or fight the system. A lot of star kids have left. My first film was very successful, second one was not a very big hit but people are still talking about it. I know that I am a working actor, cannot call myself a star. I am doing decently well, don't dive my opportunities. I don't have a 100 crore film but I am fine. I am doing some big work with big directors, I am happy doing that. Everybody likes the attention and 100 crore films, I had my fair share of attention and I have seen my failures and understood that all this is an illusion." 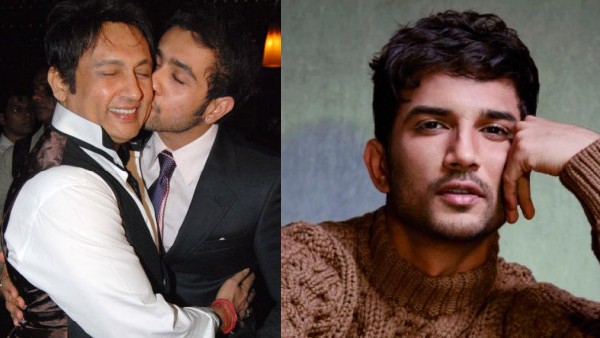