Alaya F is the talk of the town after a successful debut in films with Jawaani Jaaneman co-starring Saif Ali Khan and Tabu. Although she is Pooja Bedi's daughter, the young actor faced a lot of rejection before she bagged this film. But she never kept a plan B in case acting didn't work out. Alaya knew right from the start when she fell in love with acting, that no matter what, she would stick to it.

In an interview with IANS, Alaya opened up about how facing rejection used to upset her when she was auditioning for roles. "Initially, people would have reasons to say no. I would be very upset. I would wonder 'why not?' Then I realized that if people are making a film and investing crores in it, at the end of the day they have to make a decision that is right for their film," she said.

"Once I realized that, I focused on doing my best. Now when I see Jawaani Jaaneman, I feel the character is exactly like me. I remember looking at the character and saying, 'oh my god! I am perfect for the character'. I was lucky to fit into this role. I was lucky that Tia was like me and thankfully they also liked my acting. It worked out well," she added.

When asked if she ever had a back-up plan, she said, "Before I started this, l said 'I love doing this. No matter what, I will stick to this. Sooner or later, it will work out.' I didn't keep a back-up plan."

Alaya has already signed a three-film deal with Northern Lights Films, and another one with Pooja Entertainment, but she hasn't spilled any beans on any of them. She says that she is exploring her options now as people are showing interest in her. She is very grateful for that and she just hopes that she makes the right choices. 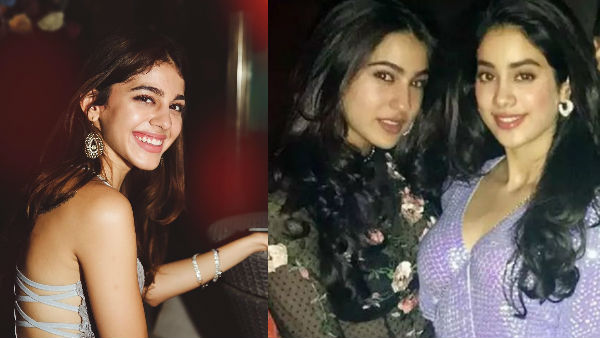 ALSO READ: Alaya F Thought It Was A Big Deal When She Had More Followers Than Sara Ali Khan & Janhvi Kapoor