'83 is an upcoming Indian sports drama film directed by Kabir Khan which revolves around the true story of India's incredible cricket World Cup victory in 1983.

There are several interesting aspects and facts from India's World Cup journey of how things turned out to be. Similarly, one such fact about the 1983 cricket team was brought to light. One of the players to make it to the 1983 World cup team was Krishnamachari Srikkanth who got married that very year in the month of March. As soon as he realised that the Indian Team was selected for the world cup, he along with six other cricketers, had planned a trip to the US.

Sharing the light on the same, Kabir revealed, "Srikkanth, along with six other players, was all set to fly out as soon as the group stage ended, confident that India would be knocked out of the contention soon. All seven had booked their tickets from Mumbai to New York via London. In Srikkanth's words ,' We will play the world cup on the way to a holiday in the US.' Nobody, including the team believed that we had a chance of making it to the semis, let alone the finals and lift the trophy."

The team had return tickets booked during mid-tournament as nobody thought that they would get past the group matches that ended on the 20th of June 1983. The semi finals were scheduled for the 22nd of June. 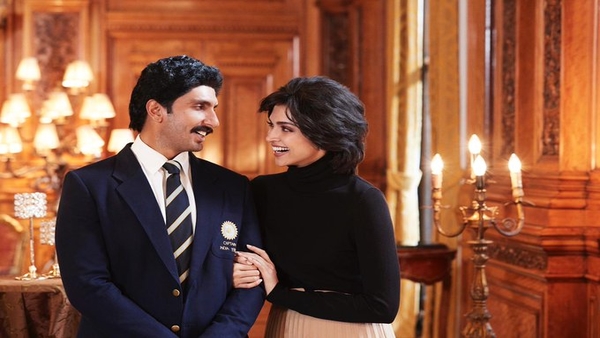 '83: Ranveer Singh Shares Deepika Padukone's Look As Romi Dev Aka 'The Heart Of The Hurricane'

It's interesting to see how after booking return tickets, the team made history and not only did team India perform well but also ended up winning the whole tournament, etching a place for themselves in the history of cricket.

Before India's historic win at the 1983 World Cup, India was non existent on the world map when it came to sports and no one expected Team India to perform well let alone win the World Cup.

The audience will be witnessing the experience and the journey of Kapil's Devils, as the team was called, winning the World Cup through the team's perception when the movie finally hits the screens.

Hold on tight for the epic sports drama on the big screens.