Ananya Panday, one of the leading names of the industry who is basking in the success of her phenomenal debut has developed a colossal fan following and is delivering remarkable performances ever since. She had a certain gravitating charm in the film, Student of the year 2, which marked her debut. Ananya’s acting seemed really effortless and natural and she fit right in the character's shoe.

However, the actress's latest release Pati Patni or Woh really proved that she could bring out an assortment of characters to us. Her role as the 'woh' is not only bold but is also really mature. Her compelling presence and dialogue delivery in the film truly made her presence as awe-striking. The actress received critical acclaim for her latest release as well. Ananya recently got nominated for the best-supporting actress at an award function for her role in the film and she has THIS to say!

Commenting on her being nominated Ananya smiled and said, “To be nominated for the best supporting role with so many senior actors is a great feeling. Especially, for a film that has such an experienced actor like Bhumi, as my co-star. With so much love coming my way, I feel that all my hard work has paid off. This only drives me and motivates me further to continue giving my best with each of my projects and hopefully later, even bag a nomination as the best actress, you know. I’m super delighted and humbled!”

Not just popular amongst the audience as the audience, Ananya is also reigning the brand's circuit with iconic brands under her sleeve as well as being the filmmaker’s favourite.

On the work front, Ananya Panday has been busy-as-a-bee juggling between major projects- from Khaali Peeli alongside Ishaan Khatter and, Shakun Batra's film alongside Siddhant Chaturvedi and Deepika Padukone. And, recently announced yet another one in her kitty, which also marks her first PAN India release alongside Vijay Deverakonda. Apart from the films, Ananya is also the face of many well-known and iconic brands. 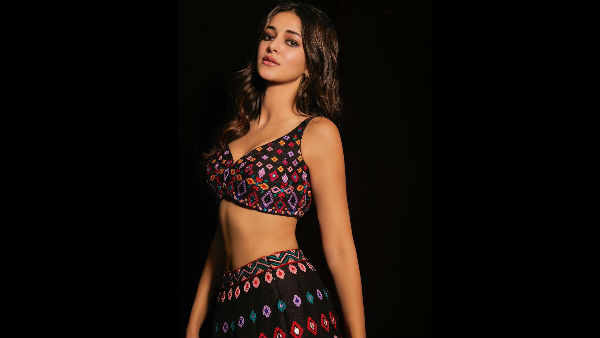