Bollywood couple Neha Dhupia and Angad Bedi celebrated their wedding anniversary today, May 11, 2020. The couple decided to share the joy with their fans, by going live on Instagram. Neha and Angad playfully asked each other questions such as 'What was the scariest part of getting married', 'What they tolerate about each other', and so on.

Angad said that there was nothing scary about getting married to Neha. He also confessed that he checks his wife's phone sometimes.

When Neha asked Angad what was the scariest part of getting married, he replied, "Honey, when I decided that I should be married to you and you should be my wife, there was nothing scary at all. In fact, I enjoyed our lovely, small wedding. I was very happy, even when I was taking that last phera, because I was getting married to the love of my life."

To the question what he tolerates about Neha, Angad responded, "I tolerate your loud volume. It's a bit high on the decibel level. You can speak a little softly because there is nothing in life that cannot be sorted by being soft, nice and tender. There is only one thing, honey. Otherwise, out of 10, you are 100."

Angad and Neha tied the knot in a secret ceremony in Delhi, on May 10, 2018. The couple had their first child, Mehr Dhupia Bedi, in November 2018. 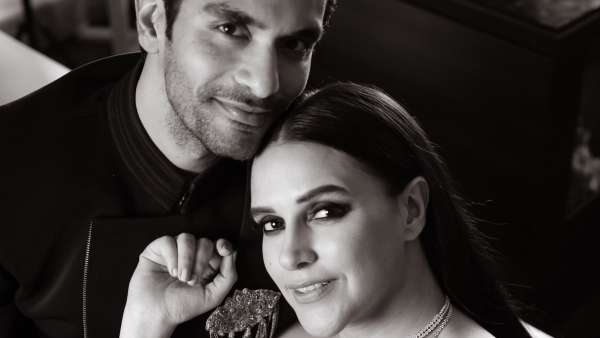