Ankita Lokhande, who was Sushant Singh Rajput's ex-girlfriend, has directly contradicted Kangana Ranaut's claim that certain bigwigs in the Hindi film industry such as Aditya Chopra and Karan Johar were responsible for Sushant's alleged suicide. 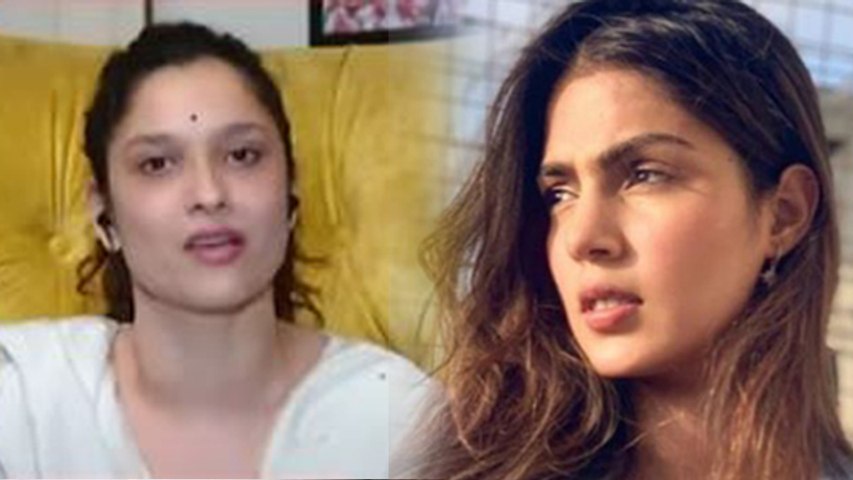 Kangana claimed that Aditya Chopra destroyed Sushant's career and held him back from doing movies with Sanjay Leela Bhansali. But Ankita, who has now started to speak up on Sushant's tragic demise, has said that Chopra was very supportive of Sushant, and that the late actor went to him if he had problems.

"Adi sir really supported him. Whenever he used to have a problem and he called Adi sir, he used to immediately call him back and ask him to meet him. Then Sushant used to go and meet him directly. If Sushant called him, he would immediately talk to him," said Ankita, speaking to Times Now.

She also shared that Sanjay Leela Bhansali offered both of them projects, but it was they who didn't take them up.

Ankita added that she is aware of the narratives going on in the case of Sushant's death, (with regard to the nepotism, movie mafia, insider-outsider debates), but she wants to set the record straight that Sushant was never mistreated when they were together. She stated that the reason she wants to clear this is because she has witnessed Sushant's relationship with Aditya and a few others.

Firm on her stand that she cannot talk about something she doesn't know, she said that she cannot comment on Karan Johar because Sushant worked with him only after their break-up. "Agar mujhe pata hi nahi hai Karan Johar ke saath kya deal hui (I don't know about the deal with Karan Johar), I have no idea about it but yes Aditya Chopra, Ekta Kapoor and Sanjay Leela Bhansali... I have seen that. They were all very supportive. I know only about these three people," said Ankita.

This directly flies in the face of what Kangana Ranaut has been saying, especially since she has claimed that she didn't really know Sushant and that she learnt about his mistreatment by the movie mafia, from speaking to Ankita Lokhande, Sandeep Ssingh and others.

ALSO READ: Kangana Ranaut Claims Ankita Told Her Sushant Suffered So Much Humiliation That He Couldn't Take It

Kangana has stirred up a storm following Sushant's death, and has been called out for using him to settle her personal scores with people in the industry.

A point to note is that Kangana has declared she will return her Padma Shri if she cannot prove her claims on Sushant's death.