After the critical and commercial failure of her last movie Zero (2018), Anushka Sharma has taken a break from the movies. The actor has been bitten by the travel bug as can be seen on her Instagram page where she has been posting pictures from her travels. It is evident that Anushka has gone into a recuperative mode.

Anushka confirmed this in a recent interview she gave to Grazia magazine, featuring on the cover of its February issue.

She said, "I was on auto pilot, and it got exhausting. There was a period when I was shooting two films simultaneously. I made choices that weren't necessarily healthy. I needed to try other things, things that didn't fit into the schedule that I had found myself getting accustomed to for such a long time."

She revealed that she has been working on things apart from acting. "There's never a good time to step away from creative opportunities, but I needed to grow and I needed to challenge myself in a different way to figure out, I don't know, a purpose, and live a little outside of the movie sets and promotional tours, and dresses and heels, and have authentic exchanges with people. I also prioritized slowing down and working on building a life for myself. I worked in a different capacity - I tried to create some things, produce some things, build my clothing brand," she said.

On the work front, Anushka's production company Clean Slate Films has two upcoming releases. One is a Netflix film titled Bulbul, and the other is an Amazon Prime cop drama series written by Sudip Sharma. 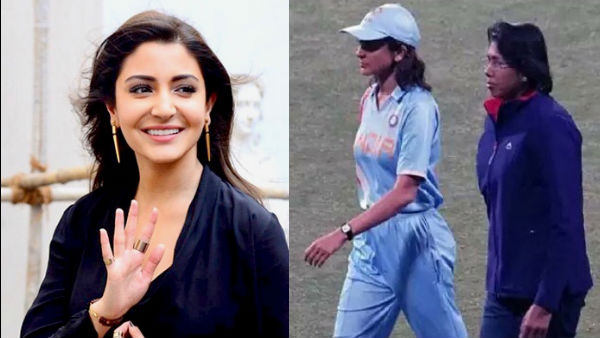