Screenwriter Apurva Asrani's dream of buying a house with his partner, Sidharth, came true, and he took to his Twitter handle to share the news. In his tweet, he wrote how the two of them, for years, pretended to be cousins so that they could rent a home together, and now that they bought a home, they voluntarily telling their neighbours that they are partners.

Apurva's tweet was received with much love, not only in India, but all over the world. Apurva is overwhelmed with this outpouring of love, and spoke about how LGBTQ families should be normalized.

In an interview with Hindustan Times, Apurva said about his tweet, "I simply wanted to celebrate a moment like a straight couple. They celebrate birthdays, weddings, their relationships, etc, which is not the case for the LGBTQ+ couples. Moreover, an image of names of two men on a name plate is rare. I didn't know the tweet would go viral. Sid and I are family and have the blessings of our families. I felt that the world should know that LGBTQ+ are not about boys and girls just having fun but we are about family, too."

He added that people have been very supportive and loving that they are humbled. He said that they are still some people who are scared or don't understand homosexuality and send negative comments.

He continued, "I am a film editor and a screenwriter, and I am known to people in the film circle and not others. So, while renting apartments one would hope the landlord didn't know me, so it would help us get the house. Though, I was never afraid that they would find out later. But we have been thrown out of apartments when people realized that we were two guys living together. We didn't want to worry about such things so we bought a place. I also wanted to inspire others from the LGBTQ+ community to go ahead and realize their dreams."

For 13 years we pretended to be cousins so we could rent a home together. We were told 'keep curtains drawn so neighbors don't know 'what' you are'. We recently bought our own home. Now we voluntarily tell neighbors we are partners 💕. It's time LGBTQ families are normalised too. pic.twitter.com/kZ9t9Wnc7i 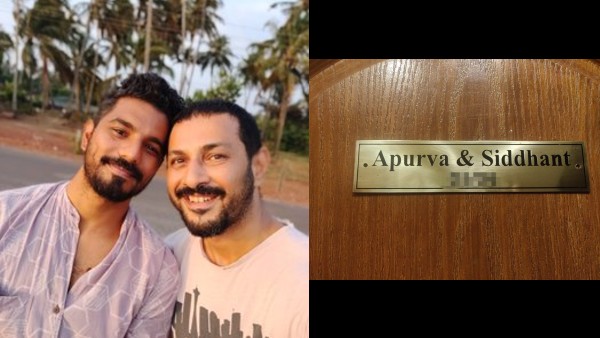 ALSO READ: Writer Apurva Asrani And His Partner Pretended To Be Cousins For 13 Years To Rent A House Together!