Arnab Goswami, the Republic TV founder, yells at Salman Khan on the national television over actor Sushant Singh Rajput's death. He said, "Where's that Salman (Khan), who used to talk so much? Where is he hiding? Why does he not raise a single voice against the drugs mafia? I am asking this question by naming Salman Khan. Where are you, Salman Khan?"

Arnab's sudden rant against Salman didn't go down well with the netizens and they're every bit appalled.

A netizen wrote, "Arnab Goswami yelling at Salman Khan is a sign of things to come. We better brace ourselves for a Republic-BiggBoss crossover episode."

Another netizen wrote, "1. Unemployment is at all time highest 2. Record no.of corono cases everyday 3. GDP is down to hell But this #Arnabgoswami won't talk these issues as they don't bring TRP to their channel and they are using Salman khan's name for that." 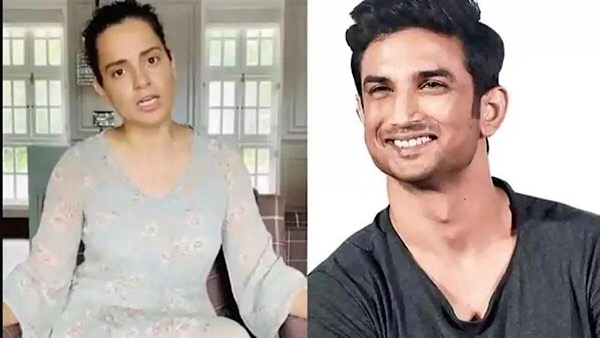 Kangana Ranaut Now Says She Is Fighting For Herself, Not Sushant Singh Rajput

"Where was Miss #ArnabGoswami when @BeingSalmanKhan was giving financial aid to 25k daily wage workers in film industry? @SonuSood was sending 1000s of migrants to their home?" wrote another netizen while slamming the Republic TV founder.

Meanwhile another clip of Arnab is also going viral on the internet, wherein he had spoken to Salman and said, "Thanks for giving me time Salman, each time speaking to you is an absolute pleasure. I am a total fan."