Rumours of Athiya Shetty dating Team India opening batsman KL Rahul has been doing the rounds for quite some time now. The duo recently shared a flurry of pictures celebrating the New Year holiday in Thailand with a bunch of their friends.

Last weekend, Rahul shared a picture with Athiya from Bangkok and wrote, "Hello, Devi Prasad?” The interesting caption was a reference to Athiya's dad Sunil Shetty's film Hera Pheri. In the photo, the duo is seen in a phone booth, with Rahul holding the receiver and Athiya chuckling beside him.

The rumoured love birds have neither confirmed nor denied the dating reports. But they took to social to give their followers a peek into their holiday break with close buddies. The lovely couple was accompanied by Akansha Ranjan Kapoor, Anushka Ranjan, her actor-boyfriend Aditya Seal and Usaamah Siddique on the exotic vacation.

A source close to the duo had earlier stated that Rahul and Athiya are in a serious relationship for quite some time now. They have been captured numerous times by the paparazzi together going around town. Before heading to Thailand too, they were seen stepping out for dinner with Athiya’s friends in Mumbai.

ALSO READ: Suniel Shetty On Athiya And Ahan’s Love Life: I Love Who My Kids Are Dating 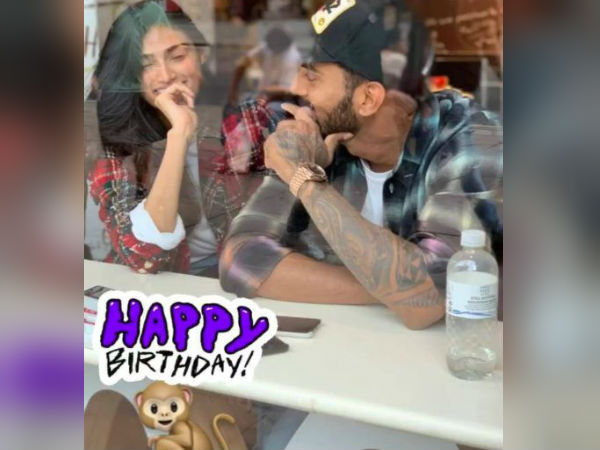 ALSO READ: Did Athiya Shetty And KL Rahul Drop A Major Hint About Their Alleged Affair?