Tiger Shroff is gearing up for his action franchise Baaghi 3. Recently, the trailer of the film was released and it has been receiving immense appreciation for the high octane action sequences and how Tiger has made it look so easy.

The trailer of Baaghi 3 has crossed 100 million-plus views in a span of just 72 hours. Tiger took to social media to express his gratitude for the same and shared a post with the caption, "Blessed to have your love. Thank you everyone for appreciating our small effort love always."

Thank you so much everyone for all the love and appreciation for our trailer❤🙏truly overwhelming and immense grattitude to you all. Made all the hardwork our team went through worth it. Love always❤

The trailer of Baaghi 3 became the highest viewed trailer in a span of 24 hours with over 59 million views across all platforms.

Fans were enlightened to see the on-screen action scenes and were in complete sync. The action sequences are being loved and kept everyone stunned with how unexpectedly stunning each of the action scenes were.

Baaghi 3 is helmed by Ahmed Khan and also stars Shraddha Kapoor, Ankita Lokhande and Riteish Deshmukh in the lead. Interestingly, the movie will mark Shraddha's second collaboration with Tiger after their 2016 release Baaghi which was a hit at the box office.

Produced by Sajid Nadiadwala, Baaghi 3 is slated to release on March 6, 2020. 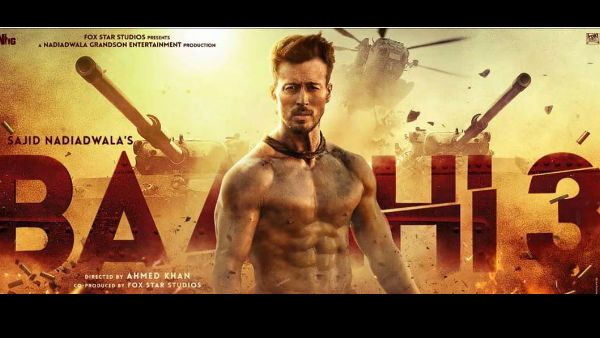 These 10 Hilarious Memes On Baaghi 3 Trailer Might Give You Stomach Ache!