Costume designer Bhanu Athaiya, India's first Oscar Award-winner for her work in Richard Attenborough's Gandhi (1982), died at the age of 91 today (October 15). According to her daughter Radhika Gupta, Bhanu Athaiya peacefully passed away in her sleep after prolonged illness. She had been diagnosed with brain tumour in 2012, and was paralysed on one side of the body since 2017.

Radhika Gupta told PTI, "She passed away early this morning. Eight years ago, she was diagnosed with a tumour in her brain. For the last three years, she was bedridden because one side (of her body) was paralysed."

Bhanu Athaiya was born on 28 April 1929 in Kolhapur, Maharashtra, as Bhanu Rajopadhye. She began her career as a fashion illustrator for women's magazines in Mumbai (then Bombay). The editor of one such magazine, Eve's Weekly, introduced her to designing clothes for her boutique. There was no looking back for Bhanu Athaiya since then. She began her costume design career with the 1956 Dev Anand film C.I.D., produced by Guru Dutt. She became a part of Guru Dutt's team and designed for his iconic films such as Pyaasa (1957), Chaudhvin Ka Chand (1960) and Sahib Bibi Aur Ghulam (1962).

In 1983, Bhanu Athaiya won the Academy Award for Best Costume Design for Richard Attenborough's iconic film Gandhi, sharing the honour with John Mollo. In 2012, around the same time she fell it, she returned her Oscar trophy to The Academy of Motion Picture Arts and Sciences for safe-keeping.

Filmmaker Boney Kapoor led the Hindi film industry in mourning the loss. He tweeted, "Bhanu Athiya was the First Indian to win an Oscar in 1983. Her achievements brought glory to Indian cinema and Pride to the entire Country. Was blessed to have her for our film #Prem. She will always be an inspiration to all costume designers n stylists. #RIPBhanuAthiya." (sic)

Fashion designer Neeta Lulla, who designs for Bollywood, said in her Instagram Stories, "You will be missed Bhanuji. #rip".

Singer Adnan Sami tweeted, "India's first Oscar winner, Costume designer Bhanu Athaiya has passed away in Mumbai after a prolonged illness. She got her Oscar for the legendary film 'Gandhi'. She made India proud. May she rest in peace. My heartfelt condolences to her family. RIP. BhanuAthaiya".

Actor Randhir Kapoor told ETimes exclusively, "She has worked in many RK banner films. She was a very fine technician who designed very authentic clothes for the type of films which set in a particular period. Whether they were old period films or a modern film her dresses were true to the period very good and unique."

Designers Abu Jani and Sandeep Khosla told ETimes exclusively, "Bhanu Athaiya was an absolute legend. An extraordinarily gifted, highly original, pathbreaker in the field of Costume Design. She was the first Indian to receive an Academy Award for her work in Gandhi. For us, we remember her for her exceptional work in Guru Dutt's cinema. Bhanu is a personal icon. Way ahead of her time, we cherish her work and pay homage to this exceptional lady. What a life. What an example for us all."

Condolences to the family of Bhanu Athaiya.

With inputs from Shweta Parande. Photo credit: The Academy. 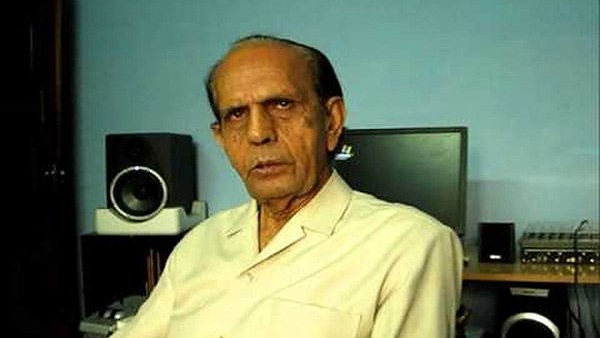