Vicky Kaushal's latest release, Bhoot Part One: The Haunted Ship, which is clashing with Ayushmann Khurrana's Shubh Mangal Zyada Saavdhan at the box office, has met with the same fate as both the film have leaked online on the notorious site, Tamilrockers. Bhoot Part One: The Haunted Ship is a horror film, which also casts Bhumi Pednekar in a cameo role and marks the directorial début of Bhanu Pratap Singh.

So far, the film has received mixed response from the audience. And it is yet to be seen which film would emerge as the winner at the box office. Having said that, the box office competition would be really tough between Ayushmann and Vicky considering that their films are already available for free download on the very first day of release. 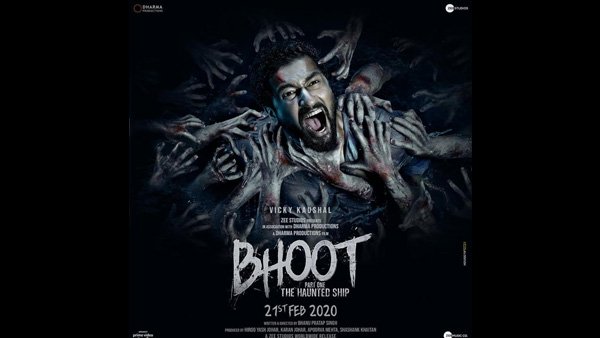 Whereas, another trade analyst Sumit Kadel wrote, "#Bhoot - Genuine no nonsense horror film with some great scare moments. First half is excellent, second half is average but picks up well towards the end . Vicky Kaushal delivers a powerful performance. BG score & visuals are top notch. Recommend. Rating- *** #BhootReview."

Are you planning to watch Bhoot Part One: The Haunted Ship in the theatres? Do let us know in the comments section below.