After treating us with the intriguing posters, the makers of Bhoot Part One: The Haunted Ship dropped the official teaser of this horror flick today.

Vicky Kaushal took to his Twitter page to share the first sneak-peek of his film and captioned it as, Drown yourself...in fear. #Bhoot Trailer out on MONDAY. #BhootTrailer3rdFeb #TheHauntedShip." (sic)

The teaser begins with the actor entering a deserted ship only to find its walls full of bloodied handprints. He gets the shock of his life when they lead up to his face sketched on the wall, with blood. The eyes in the picture bleed blood too. And then suddenly, mysterious hands pull Vicky inside the wall.

Producer Karan Johar too, shared this teaser on his social media handle and wrote, "The fear will swallow you whole! Watch out, TRAILER DROPS ON MONDAY! #BhootTrailer3rdFeb."

Reportedly, this Vicky Kaushal starrer is inspired by a true incident that happened in Mumbai. Buzz is that the film's plot revolves around a ghost ship that washed ashore on the coast a few years ago. There were no crew members on board the unnamed ship. 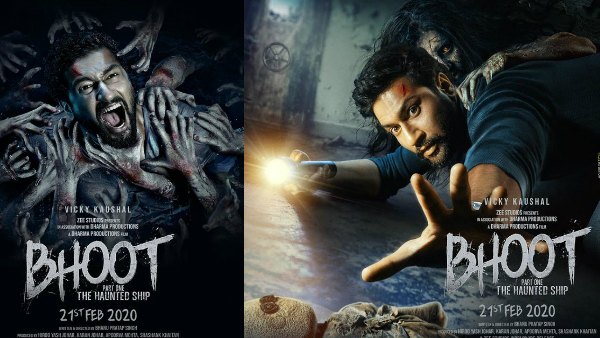 Bhoot Part One: The Haunted Ship: Vicky Kaushal Sails Into The World Of Fear With These New Posters 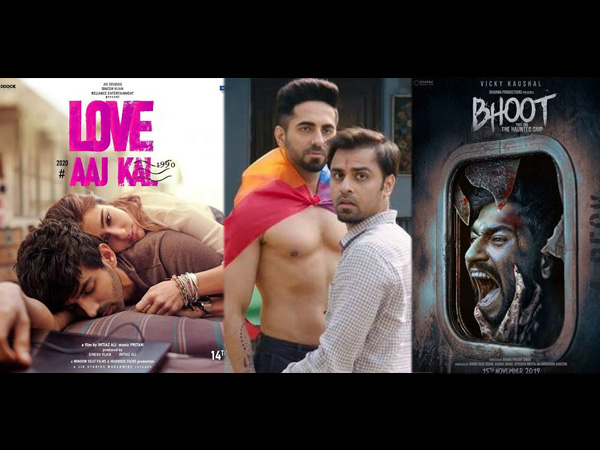