We're here with the live audience review of Deepika Padukone's Chhapaak, which is helmed by Meghna Gulzar and is based on the story of Laxmi Agarwal, an acid attack survivor, who brought a change in the nation with her courage and fighting spirit. The film, which also casts Vikrant Massey in the key role, has already hit the theatres and let's see what is the netizens' verdict so far..

abhishek satam@Made_In_Bombay: "Don't base your decision to watch #Chhapaak from Google Reviews. It's mostly bhakts bullshit. Their vengeful bad reviews came out even before official screening times on the release day, to stop people from from watching a really important film. So go, watch it with an open mind."

Namrata Joshi @Namrata_Joshi: "Found it very measured... And forget all else, one of the more interesting, believable male characters found in #Chhapaak and #VikrantMassey does a fine job of him."

Pri @filmesthete: "Chhapaak's biggest success is that Deepika becomes Malti. Her commitment and conviction is complete. At no point do we feel that this is a superstar celebrated for her beauty, purposefully un-beautifying herself. Deepika infuses Malti with a quiet heroism." 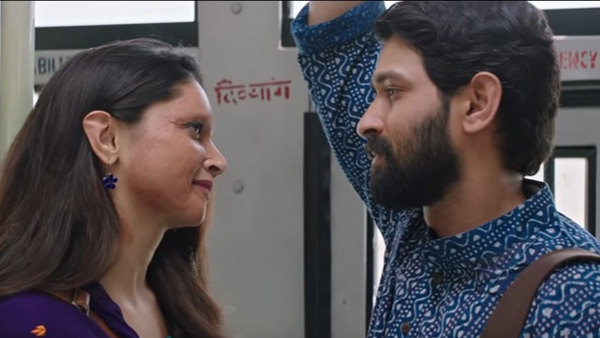 Sakshi Jain @skshijn: "Chhapaak is not just a brilliant film by Meghna Gulzar but a heart wrenching and inspiring story of Laxmi Agarwal , a woman who had the courage, dignity and strength to fight against all odds. Brave of @deepikapadukone to do this role and produce a film like this."

Going by the live audience reaction, the film has received a positive response from the moviegoers.

Keep watching this space for Chhapaak's business report on its opening day.