Chunky Panday has refuted rumours that he will star alongside his daughter Ananya Panday in Fighter. Fighter is a film starring Ananya and Telugu actor Vijay Devarakonda. The film, which mark's Vijay's Hindi film debut, is also going to release in Telugu, Kannada, Tamil and Malayalam.

Dismissing rumours that he will play Ananya's father in the film, Chunky told Mumbai Mirror, "I'd love to play Ananya's father, but right now, what you're hearing are just rumours. I'd wanted my daughter to be a doctor like my parents, but she chose to follow me into the movies and I was so proud and thrilled when she bagged a Filmfare Award which has eluded me. I've told her every film is a kundali and it's for her to chart her own destiny."

Fighter is going to be directed by Puri Jagannadh. Announcing the film, Ananya had taken to her Twitter handle to write, "Couldn't be more excited to join a pan-India film. Thank you @purijagan, for this opportunity! Looking forward to a super fun time on the set. #AnanyaPandayVijayDeverakonda."

Recently, Chunky opened up about the trolling that Ananya is subjected to, owing to the nepotism debate. Sharing that it becomes too much to handle at times, he said that getting into films was Ananya's prerogative and he did not force her into it. Talking about the insider-outsider debate, he pointed that as soon as one gets their first project, they become an insider in the Hindi film industry. 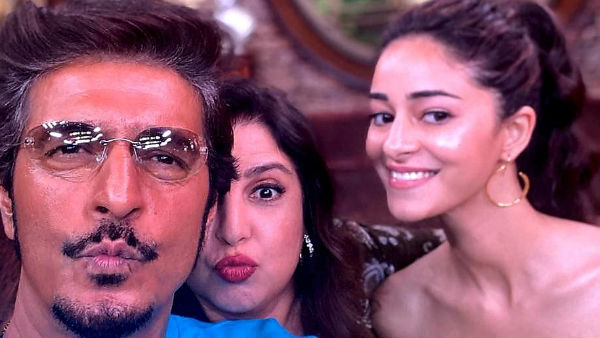